ADFEST 2016 Kicks Off with 'Creative Intelligence'

Leading the eight panels of jury presidents is Jeremy Craigen 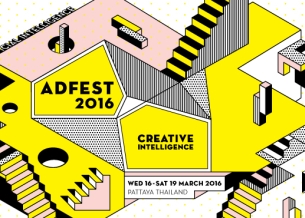 The theme of ADFEST 2016 seeks to astonish, disrupt, transform and engage creative professionals everywhere to produce great ideas that challenges the boundaries of innovation in the new digital age.

“Our industry needs people who can not only process information and crunch data but also tell stories and engage minds, which is the goal of ADFEST 2016. Festival goers will learn how to harness their creativity intelligently, and come away excited by the possibilities for the future,” says Jimmy Lam, President of ADFEST.

ADFEST welcomes all delegates with the brand new 2016 ADFEST APP for Apple and Android phones. It can be downloaded from searching the App Store or via a QR code on the official website. It features the programme, jury members, the latest updates and videos from ADFESTbuzz, the best local restaurants and entertainment plus finalists and winners.

For the first time ever the festival consist of not three, but four days of speaker sessions divided into Craft focused contents from 16th to 17th of March, and Creativity focused on 18th to 19th of March. 52 invited speakers and workshop lecturers prepared plenty of creative wisdom to keep delegates fuelled for the upcoming year.

Leading the eight panels of jury presidents is Jeremy Craigen, the Global Chief Creative Officer at Innocean Worldwide from Seoul, South Korea. There are 18 award categories being judged by 57 juries, who travelled from 18 cities all over the world to guarantee the standard of this year’s Lotus Awards.

ADFEST 2016 collected more than 3,100 entries from 296 companies across 39 cities worldwide. The awards ceremony will be held on the evening of Friday, 18th of March and Saturday, 19th of March for all categories including Young Lotus, Popular Vote and Special Lotus Awards.