Adfest 2014: Still Work to Be Done Despite Some Crackers

Jury presidents reveal highs and lows of the judging room 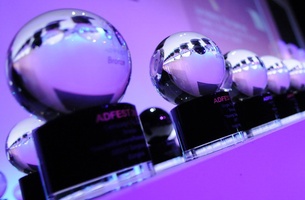 Uneven and inconsistent – that was the overall impression of work submitted to this year’s Adfest Lotus awards. Speaking at a press conference today, jury presidents revealed their view that while there are pockets of mind-blowing advertising coming out of the Asia Pacific region, there is still much to be done to bring the bulk of work up to scratch.

There was also a vast disparity of quality between categories, with interactive, media, design and outdoor singled out as exemplars of innovation – while judges criticised the quality of work in the mobile, film craft and effectiveness categories.

Speaking to the assembled journalists, Grand Jury President Tor Mhyren, president and worldwide CCO of Grey shared his views. “Just one comment on the overall body of work – and this is just my impression of it – I think that there is a handful of things that you will see that are truly world class, as good as anything that you would see in any show anywhere in the world. And that was a handful of things. I do think that there’s been a drop off from these pieces downwards, there’s been a lack of consistency going from those down to some of the other work that we saw throughout the week,” he said. “It’s just an observation that I think the best work is as good as it gets in this festival but there’s not that much.”

Film Craft category performed particularly disappointingly, with no Grande Lotus awarded. Jury president Hozefa Alibhai said that while he had been impressed with the New Director category and Fabulous Four short film competition entrants, the Film Craft entries were largely lacking in finesse.

“We saw a lot of good work but were disappointed at the end of the day because there was a lot of web work which was ten or fifteen minutes long and quite self-indulgent. The jury got bored of seeing that again and again but film craft were not that great, it was not world class let’s be honest. There has to be more craft that needs to be delivered.”

It was also a tale of two halves for Graham Kelly, Regional ECD at Isobar Asia Pacific who oversaw both the Interactive Lotus and the Mobile Lotus. While interactive produced some impressive work – including Denstu’s Sound of Honda project for Internavi, which took the Grande Lotus – mobile was less impressive. However he noted that this was surprising and may be due to advertising festivals not doing enough to get new kinds of mobile businesses involved.

“As always some surprises and some things we expected. Mobile and interactive are quite large categories that cover everything from websites to the humble email marketing entry and I do say humble with reason. Generally email marketing is treated as the red-headed stepchild of digital, so it wasn’t a strong category, no surprises there. But what we saw that was great in other categories was very good indeed,” he said. “The other thing that was slightly surprising to me personally was that mobile was less strong than I expected. The reason I found that surprising is that the outside world looks at Asia as a hotbed of innovation. Markets like Singapore famously have a high penetration of smartphones. Korea, Japan are incredibly advanced and I don’t think that was reflected in what we saw. And I don’t think that was just because we don’t get the quality of work. Adfest and all the award shows need to reach out to people outside the ad industry because they are doing very interesting mobile. You see amazing games and apps but they’re done by small companies and small developers who don’t know that these things (award shows) exist.”

Another category that came under fire was effectiveness – Andy Wilson, Head of Strategy at BBDO Proximity Singapore reiterated the well-worn (but seldom heeded) argument that many agencies still struggle to put forward convincing case studies. “I think we’re a little bit naïve as an industry as how we present results and how we justify effectiveness. Everyone talks about YouTube clicks and Facebook likes and these are what I call vanity metrics. I don’t think we’re doing enough work to measure the real outcomes in terms of behaviour change or sales,” he said.

However it wasn’t all doom and gloom as other jury presidents enthused about the quality of work and innovation they had witnessed in their categories. Print craft and design faired particularly well with 52 awards handed out between the two categories. Jury president and Maud founder and creative director David Park said, “I think that the secret’s out that good design is good for business and that was definitely reflected in the work we saw. I was genuinely surprised and there was some mind-blowing innovation in print craft.”

Direct too was seen as a veritable fiesta of innovation. The Grande Lotus was awarded to Hakuhodo’s Photogenic Beer for Kirin Ichiban, a project that sought to enhance the perception of the beer’s taste by making it ‘photogenic’ and shareable. There were also six Gold Lotuses awarded in the category. Jury President Kentaro Kimura noted that while Mhyren had advised at the beginning of the week that the likelihood of coming across something truly new was small, he had found his category to be full of novelty. “There were plenty of new things we had never seen before so I am sure at the awards you will make some new discoveries,” he said.

It was also a good year for the Media Lotus, which made its Adfest debut. Jury president Andy Wilson explained that the category showcased impressive examples of simple ideas as well as complex, technology driven innovation. “This was the first year Adfest has done media so when we started the judging we were really curious to see what kind of entries we would get in media. I’ve got to say the jury were impressed. I think media is a really vibrant part of our industry, where technology and channel and behavioural insights are all intersecting.”

Interactive, mobile, print craft, design, direct, promo, press, new director and film craft Lotus awards were announced this evening at an event in Pattaya, Thailand. The rest of the categories will be announced tomorrow night (Saturday).