Adelphoi and Smirnoff Stand Up For Inclusivity in New Campaign

The open-hearted campaign introduces us to DJ Jeffrey Jewell 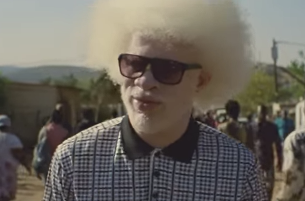 Smirnoff continues to shine a light on those who are more inclusive than the world that surrounds them in their latest chapter of the ‘We’re Open’ campaign, featuring Jeffrey Jewell, a deejay with albinism taking his stand for openness.

In the newest chapter we meet DJ Jeffrey Jewell and take a look into his African roots and the influence they’ve had on his music.  Jeffrey Jewell is a deejay with an open heart, who thrives on ignoring differences and bringing people together in the name of open mindedness and inclusivity.

72andSunny TV Producer Neil Henry said "The process with Adelphoi was very fluid and collaborative throughout the project. Jonathan Watts was the Producer/Music Supervisor on the project and he did a great job with the 72andSunny’s Business Affairs department assisting with the sourcing and negotiation of music for the film. As the agency producer on the project, I was impressed with Jonathan’s vast research knowledge and passion for the project. The music was fundamental for the tone, energy and visual storytelling throughout the editing process. I think the music achieves the goal of feeling fresh and vibrant for the film"

Jonathan Watts comments, "With music playing a key role in this spot, it was important for it to be authentic and represent the raw sound of the underground clubs located in the townships of S.A. When music is so important it helps massively when you have fantastic dialogue and transparency with an agency Producer like Neil Henry who shares the vision of a wonderfully creative goal."

You can check out more work from Adelphoi Music here.