Addresspollution.Org: The New Campaign by Copi and AMV BBDO

The launch of a new Air Quality Rating, using data from King’s College London, offers a free Air Quality Report for every address in London 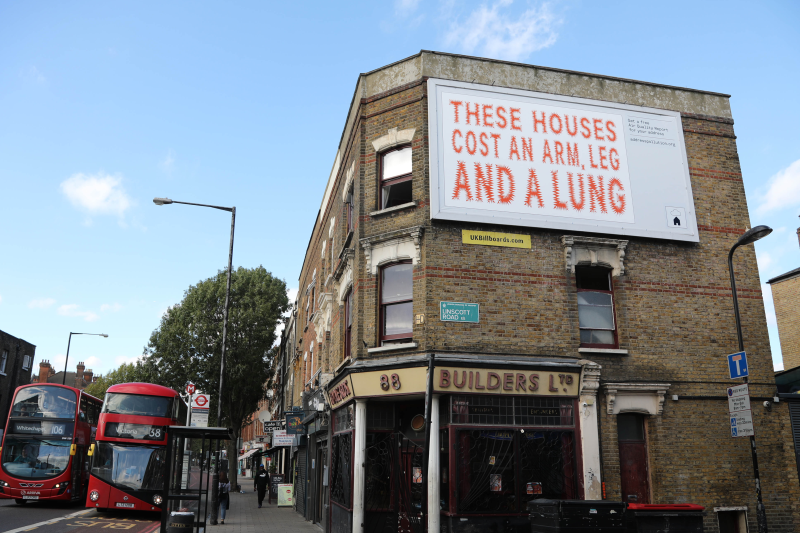 Today marks the launch of a major new citizen funded initiative by the Central Office of Public Interest (COPI) and AMV BBDO to tackle inaction on air pollution: addresspollution.org.

addresspollution.org will, for the first time, uncover pollution levels by address using a system similar to the energy ratings homes have. The free report generated with a click gives the annual average levels of air pollution at an address, along with health costs. If the property exceeds the World Health Organization’s (annual legal limit for clean air, potential financial costs are also given). 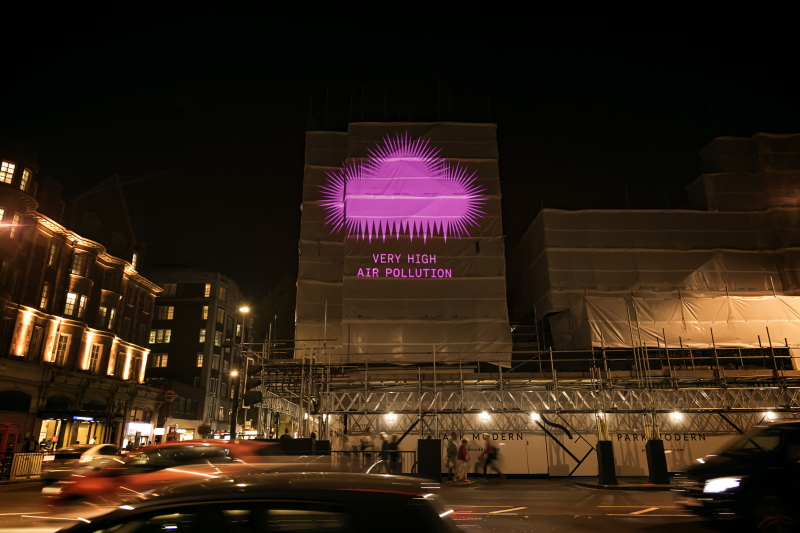 A new report unveiled by COPI today shows that average house prices across the city could plummet. Chelsea house prices could be crunched by £256,416, Tower Hamlets by £66,419 and Islington by £146,359. The estimates follow findings that show a resounding 76% of Londoners believe discounts should apply to properties available to rent or buy in areas that breach legal limits for air pollution and are likely to have a negative impact on occupants’ health.

According to the World Health Organization, there is no healthy level of Nitrogen Dioxide (NO2) [3], but anything above 40 micrograms per cubic metre (µg/m3) breaches the legal limit of NO2 – making it illegal. This would fall under a ‘Significant’ rating on addresspollution.org, and be shown to lead to an 11% increased risk of disease related mortality.

To launch the campaign, addresspollution.org projected ratings onto homes around London. This included Park Modern, “London’s most prestigious residential development”, which has a Very High Air Pollution rating. The developer has yet to publicly comment. 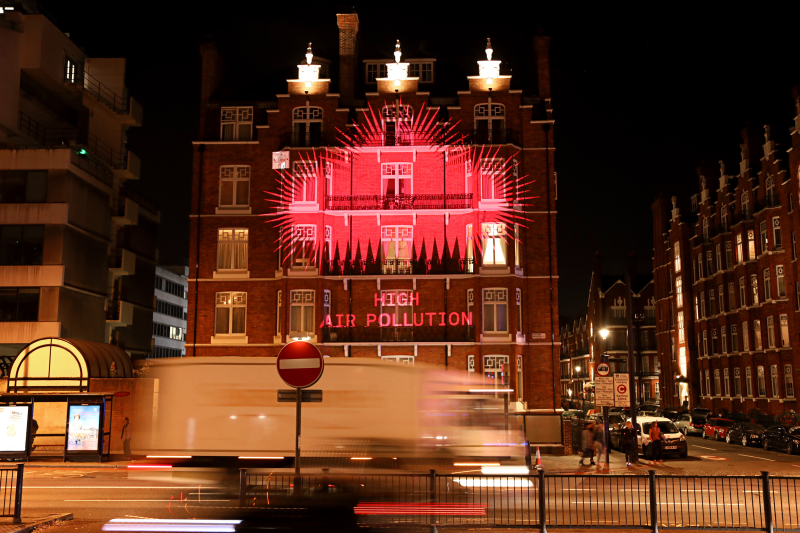 Areas with air pollution above 80µg/m3, which leads to a 33% increased risk in disease related mortality, are often wealthy Inner London areas such as Chelsea, Westminster and newly gentrified areas like London Fields. COPI is targeting these areas with billboards that have messages like ‘Location, Location, Lung Disease’ and ‘These houses cost an arm, leg and lung’.

Animations of a brain, heart and lungs being affected by air pollution have been developed by The Mill. These will run in DOOH sites with high footfall and on social. Check one of them out here.

Humphrey Milles, founder of the Central Office for Public Interest, said: “Air pollution is killing people across the country, and London is worst hit - but people don’t believe it will affect them personally. The Air Quality Rating is a tool to change these perceptions and show just how real, and dangerous, air pollution is across the capital, including in some of the wealthiest neighbourhoods.

“I urge every Londoner to check the Air Quality Rating for their address, get informed and take action. Sign the petition and demand immediate action from your council and local MP.”

Every estate agent across London will be contacted this week and encouraged to embrace the new era of transparency. With the air quality and associated health costs for every address in London now readily available, a strong legal argument exists to say this information must be disclosed to prospective buyers.

Mark Hayward, of the National Association of Estate Agents, commented: “Air quality is now public information, and it will never not be again. This is going to be industry standard. It’s inevitable.” 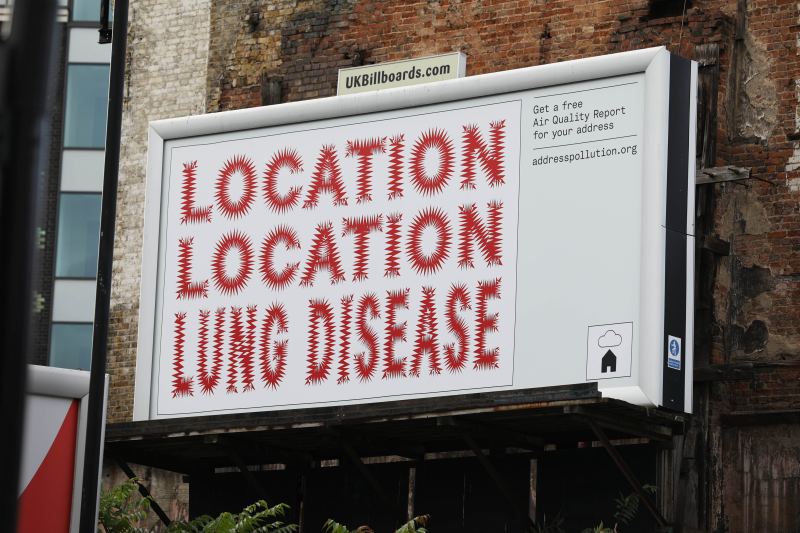 addresspollution.org makes it easy to demand action, with localised, specific action points for each council, and a national petition for the government to bring the ban on the sale of new petrol and diesel cars forward from 2040 to 2030, in line with other countries around the world.

AMV BBDO worked on the campaign for COPI, a non-profit creative industry alliance. Media relations were handled by One Green Bean. Unavoidable campaign costs were raised from a successful Crowdfunder campaign, making this a truly people powered campaign.

Toby Allen. creative partner at AMV BBDO, said “This is a public health crisis on everyone’s doorstep. This is just the start. We’ll continue to work with everyone we can in the media and the property industry to make it hit home.”

There are plans to roll the rating system out nationwide, as toxic air isn’t just a London problem.

Frank Kelly, professor of environmental health at King’s College London, added: “Many people don’t learn about air pollution levels and the health consequences until after they have suffered its effects. With an Air Quality rating for every house in the country using the latest data provided by King’s, this will enable the public to better understand the air quality at their own front door, and equip them with an understanding of how best to improve their local air quality.”