Reflecting back on a first ever Cannes 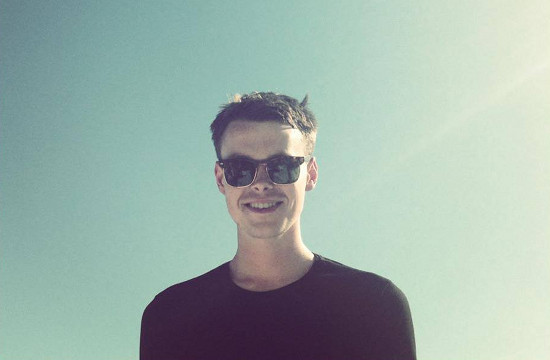 I arrive back from my first Cannes Lions with my creative batteries recharged and revitalised. I wish I could say the same for my physical batteries.

I’m still in recovery mode. Yesterday I felt a wickedly false sense of security that I had returned to something resembling normality. Today however I’ve been struck with a kind of post-Cannes flu, which, it turns out, is even worse than man flu.

Enough of the drivel, anyway, and back to those recharged batteries.

As a 21-year-old Cannes virgin I was struck by the sheer scale of everything. There was the relentless schedule of seminars, workshops and forums inside the Palais, and on the Croisette the likes of Bob Geldof and Jack Black pop up at parties and talks.

Despite these big names, I was most excited by the young talent on show during the week. Thursday, especially, was as refreshing as standing in a water sprinkler on a hot summer’s day.

First up, there was Saatchi & Saatchi’s New Directors’ Showcase and later on in the day there was the Young Director Award. If there was anything that helped lift the worst hangover of the week, besides the copious Badoit, espresso, juice, bread, fruit, coke and Micheladas (these were desperate times), it was to see the Tutssels, Hegartys, Gondrys and Kleinmans of the future emerge from anonymity.

I left that evening’s Young Director Award with a spring in my step, but a niggling thought in my mind. These young guys and girls don't have much of a presence on judging panels. I wondered why? The younger generation (I’m including myself here) have barely a smidgen of the knowledge or experience of their elders, but perhaps there’s a place for boy and man to sit side-by-side on a jury.

Take mobile as an example category. Writing in this week’s newsletter, Brothers and Sisters Digital Director, Kevin Brown, believes: “The most exciting people in mobile technology right now are children and old people. Fact. We should be filling the Mobile Lions judging panel with representatives of both.” Young people are unimpressed by mobile technology and apps. If something doesn't work, it’s infuriating. When it does work, it’s taken for granted. Digital natives have a totally different take on technology and innovation.

Who’s to say it should stop there though? What’s stopping new creatives sitting on the more traditional juries? They’d bring a different, fresher and, arguably, more balanced outlook.

I’m not expecting that my hazy post-Cannes musings will have much of an effect, but we live and work in an ever-fluctuating world and I wouldn’t be surprised to see such changes in coming years.

Thinking back to Cannes – I also want to shout out to everyone that I met, spoke to, drank and partied with, or even just said hello to. It was wonderful meeting countless new people and putting faces to the names that I’ve been emailing like friends throughout my first year in the advertising industry. La Plage Courage was a massive success, so thanks to all of our sponsors and everyone that came down to hang out. Everyone, you all rocked my world and I had the most excellent week.

And a special thanks to the BETC team for the best party of the week aboard their beautiful yacht on Friday evening.

Now before I start blubbing, here’s to next year.

PS – LBB are partnering with Saatchi & Saatchi on the inaugural London screening of the New Directors’ Showcase. I got to see the event in Cannes and it was brilliant. There will be a panel discussion afterwards, chaired by Saatchi & Saatchi EMEA CEO, Robert Senior. For more info and to buy tickets, click here.

PPS – Got the Cannes blues? Even if you haven’t, you 100 per cent should check out this hilarious and quite lovely new short from Blink’s Joseph Mann.