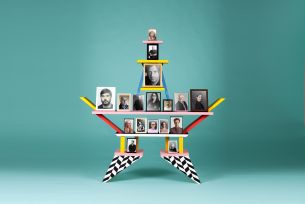 The Art Directors Club of Europe (ADCE) has revealed the juries for the 25th ADCE Awards, the Champions League of Creativity.

This year, as the ADCE Awards celebrates a quarter-century, its longest-tenured Austrian Board Member and Merlicek & Grossebner CEO Johannes Newrkla will preside over the six juries.

As a true European border-crosser and frequent award-winner, Johannes embodies the ADCE values of multi-cultural learning and excellence in European advertising and design. He was a founder member of the ADCE in 1990 and led the organisation as President for eight years, making him the perfect candidate to lead the anniversary Awards.

In October, Johannes will be joined by the following Jury Presidents:

In total, 52 leading creatives and designers have been selected from the 18 ADCE member countries to judge the 25th ADCE Awards. The full list can be found at the ADCE website.

The Champions League of Creativity

In addition to the categories listed, the awards also have space to promote young talent and students with the European Student of the Year and European Young Creative of the Year competitions.

In October, the juries will meet to debate and discuss the best creative work from across Europe, before awarding Gold, Silver and Bronze across each category, as well as the overall Grand Prix, to be revealed at the ADCE Awards Gala on October 15.

Following the awards, all the winning work will feature in the 2016 ADCE Annual, which showcases the year’s best in graphic design and advertising, and also toured throughout Europe at local exhibitions.

The ADCE Awards return as part of the European Creativity Festival at the Disseny Hub Barcelona. Created to celebrate and recognize the art of creativity, graphic design and new creative solutions, the Festival features a packed programme of conferences, workshops, networking opportunities and other activities, delivered by some of the most innovative and inspiring people in Europe.

This year’s theme will be the “The Hybridscape: Where unexpected connections are made”, with the full line-up of speakers and ticket information to be announced very soon.

As a non-profit organization, the ADCE Awards offers significantly reduced entry fees to ensure agencies of all sizes from across Europe have the opportunity to participate. Entry is free to all Gold winners from eligible national shows, 100€ for Silver winners, and 170€ for all other awarded work (Bronze, Shortlisted etc). Registration is also open to winners from ADCE non-member European nations for a general fee of 270€.

Submissions should be made online at http://adce.submit.to before Friday 16 September 2016. More information on rules and eligibility for the 25th ADCE Awards can be found here.