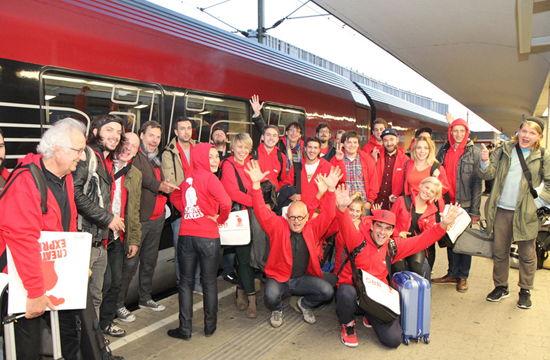 Under the tagline: “train beats street”, on October 3rd, 2:09 pm the CREATIVE EXPRESS of the Art Directors Club Europe left Innsbruck on its way to Vienna. On board, a selection of some of the most talented young creatives and, expectedly, the future of Europe’s communication. Conducting the train were five experienced creative coaches brought in by ADC*E. The young talents had to put their skills to the test while driving 200 km/ h. 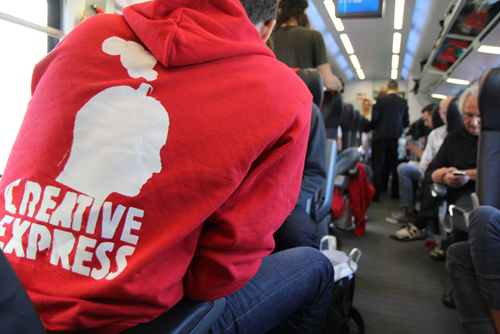 The experimental arrangement: 21 young creatives, 5 senior coaches, 1 brief, 4 hours 15 minutes of time and a stack of Luerzer's Archives for inspiration. The "lab" was a first class ÖBB Railjet wagon of Austrian Federal Railways. The goal: to come up with ideas on how to make motorists switch to traveling by train.

Hans-Peter Albrecht, “Chief Conductor” of the CREATIVE EXPRESS, brought the idea forward to the ADC*E and gained ÖBB as a main sponsor. "It was inspired by the idea of Design Thinking" – said Albrecht - "we wanted to see what ideas emerge when designers are consuming the product at the same time". 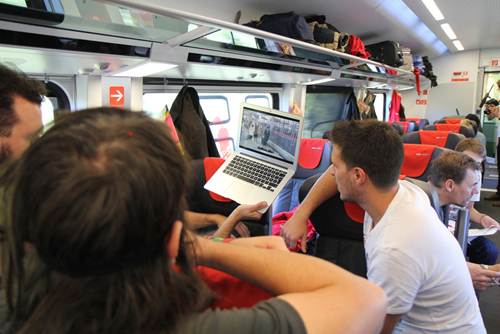 The validation for this experience was made clear halfway through the journey. The creative atmosphere that filled the “lab” was astounding, evidencing that the ADC*E conforms one of Europe’s most inspiring creative networks. This project shows that, aside from its unique award scheme, the ADC*E is also an excellent platform and alliance of European creatives. 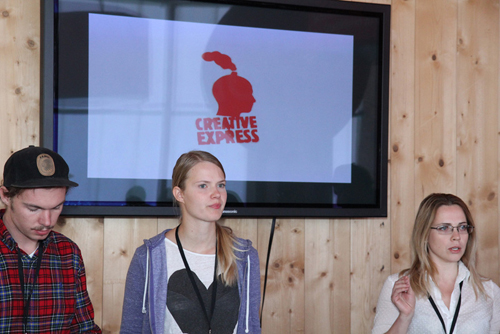 ÖBB’s head of communications, Kristine Hanusch-Linsner was thrilled with the concept and was finally overwhelmed by the ideas developed: "First, I was happy to sponsor, as a really innovative company, the CREATIVE EXPRESS on our rails. Being, for more than 4 hours, the young creative heart of Europe was a great feeling. It was an honor to have Europe's young creative talents as our guests in the heart of Europe: our new Vienna central station on the crossroads of west-east and nord-south. The presented ideas are downright incredible; Fantastic! For example, the “Car Parents”, the “social networking idea”, and earning hours saved into redeemable miles and, of course, the funny balloon film. I would prefer to put this right to the media. We will definitely take a closer look at one or more ideas, and contact the ADC*E and the creators. Would be a shame if they stayed in a drawer!" 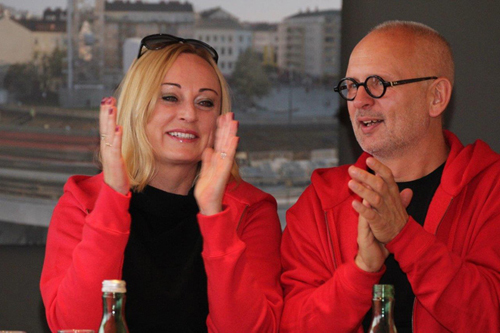 Hans-Peter Albrecht expected great ideas to come out of this experience but was surprised by their  creative power; "If you have a clear briefing, and no restrictions or worriers, ideas get speed.” 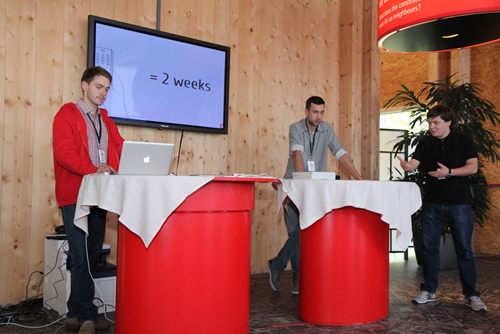 For the ADC*E, the pilot voyage of the CREATIVE EXPRESS has been a great success. "For some time, we have been giving a lot of thought to how to use our unique European network in more creative ways. And in organizing this event, many of our national member Art Directors Clubs have been very interested and helpful to us. This successful experience will like increase enthusiasm in all 18 members of the ADC*E. I’m sure that this was not the last ride of the CREATIVE EXPRESS." said Johannes Newrkla, founding member and Treasurer of the ADC*E, who was also present on board. 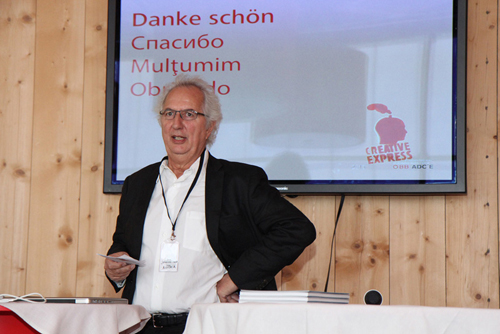 Planning and organization by the ADC*E Barcelona office was absolutely perfect. Now, it is up to ÖBB to decide wether they will apply some of the ideas presented by the young talents. In this case, they would have to negotiate with the authors their proper use.