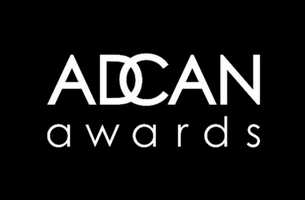 Not-for-profit creative platform ADCAN today announces the shortlisted contestants of ADCAN Awards 2017. The annual film-making competition returns for its fourth year after going global and accepting entrants from all over the world for the first time. This year the awards will be held in the home of film, Los Angeles, where it will continue to generate content for charities and champion the next generation of filmmakers by giving them access to the best creative leaders in the world.
The shortlisted contestants, which were chosen by industry leading production companies and judges Vice, Anonymous Content, Nexus, Park Pictures, Rattling Stick, Partizan, Pysop and are as follows:
GENDER EQUALITY
Charity: Fawcett Society
Equal Pay 88
When I grow up
100 More Reps
THE ENVIRONMENT
Charity: Grid Alternatives
How to make an ad for $0
Senor Sol
Welcome
REFUGEE CRISIS
Charity: Helen Bamber Foundation
Such a Loser
Home
Something to shout about
LGBT+ RIGHTS
Charity: WERK for Peace
LA LA London
We are here and we will dance
Werk for Peace
MENTAL HEALTH
NEDA
When the fat girl gets skinny
People Food
Recovery
HEALTH & WELLBEING
Charity: City Harvest
The Unlovely Food
Using Great food badly
Waste Not Want Not
The shortlisted filmmakers will also be invited to attend highly exclusive educational workshops supported by ADCAN’s partners and judges, and this year’s event welcomes both new and returning partners. Longstanding partners and award winning UK production companies Rattling Stick, Partizan & Nexus are joined by US media giant Vice, leading management and Film, TV and Commercial production company Anonymous Content, International production company Park Pictures and US animation studio Psyop.
The winners will be announced at the Awards Show at The Mill in LA on the 19th October, where their films will be showcased to an impressive array of companies, partners and sponsors.
The participating charities will be able to use the winning films to further promote awareness for their causes, providing them with access to creative resources that would have not been possible.
Rattling Stick say:
“It’s such an honour being involved with ADCAN for another year. Not only is it a brilliant platform for good, ensuring charities can get much needed films to spread their message, it’s also a fantastic way for young talent to get a foot into the industry. Yet again, the standard of films is really high and it’s tougher than many film competitions as the entries are judged on their idea as well as their execution. We’re really looking forward to the event and the workshops, putting faces to the names of those talented folk behind the films.”
Nexus say:
'We really enjoyed the judging process - so many interesting interpretations of the 4 charity briefs.  The standard of the films was really high this year and I’m looking forward to showcasing the shortlisted films at the ADCAN awards to see the audience’s reaction.
Also, the charities will walk away with some great new films, which is at the very heart of ADCAN’s being.'
Partizan say:
'We were really impressed with the standard of entries and the different approaches to the briefs this year.  The talent & skill shown by the some of the entrants was outstanding.'
view more - Awards and Events