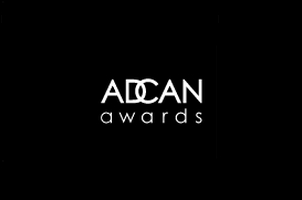 Not-for-profit creative platform ADCAN Awards today announces the shortlisted contestants of the ADCAN Awards 2015, the second installment of an annual competition that supports both emerging filmmaking talent and charities.

The shortlisted contestants, which were chosen by industry leading production companies and judges Rattling Stick, Partizan and Nexus, are as follows:

All shortlisted contestants will be given the opportunity to attend creative workshops with industry leading professionals, including those from The Mill, Wave, Work and Arri Media.

The winners will be announced on 10th September at a special awards night hosted by The Mill, where their films will be showcased to an impressive array of companies, partners and sponsors. One film will also be selected as the overall Grand Prix winner.

The participating charities will be able to use the winning films to further promote awareness for their causes, providing them with access to creative resources that might otherwise be unattainable due to financial constraints.

"We really enjoyed the judging process - so many interesting interpretations of the 4 charity briefs." Commented Nexus.  "The standard of the films was really high this year and I’m looking forward to showcasing the shortlisted films at the ADCAN awards to see the audience’s reaction.  Also, the charities will walk away with some great new marketing materials, which is at the very heart of ADCAN’s being."

Partizan Films commented: "We were really impressed with the standard of entries and the different approaches to the briefs this year.  The talent & skill shown by the some of the entrants was outstanding."

Rattling Stick says: “It’s such an honour being involved with ADCAN for another year. Not only is it a brilliant platform for good, ensuring charities can get much needed films to spread their message, it’s also a fantastic way for young talent to get a foot into the industry. Yet again, the standard of films is really high and it’s tougher than many film competitions as the entries are judged on their idea as well as their execution. We’re really looking forward to the event and the workshops, putting faces to the names of those talented folk behind the films.”