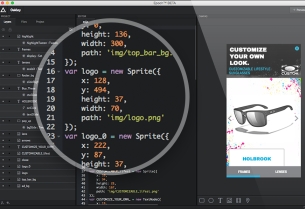 Since Apple banned Flash on its mobile devices, advertisers and creative professionals accustomed to using the software to build digital ads have been forced to experiment with drag-and-drop HTML5 tools and open source technology in order to create ad content for a multi-screen audience. To say this hasn’t been easy would be an understatement.

Adcade, a New York-based software company, is committed to solving this problem, and today launched their HTML5 animation software, Epoch (pronounced “Epic”), which simplifies the creation of responsive, multi-screen ads and provides a similar user flow to that of Flash, the most widely adopted digital animation tool.

Built for both designers and developers, Epoch comes with an extensive out-of-the-box feature set and a designer-friendly interface, putting it in the same category as Google Web Designer and Adobe Edge, and distancing itself from ad server-dependent tools like Celtra AdCreator and Flite Studio, which monetize by charging a CPM.

A few of its more notable features and capabilities include:

- A timeline for easily managing and editing animations

- Real-time creative preview and collaboration across all devices

- Built on the latest in-browser technology, which today is HTML5

- A template and components library for kick-starting creativity

- The ability to save your Epoch projects locally and upload into any compatible ad server, similar to the .SWF workflow 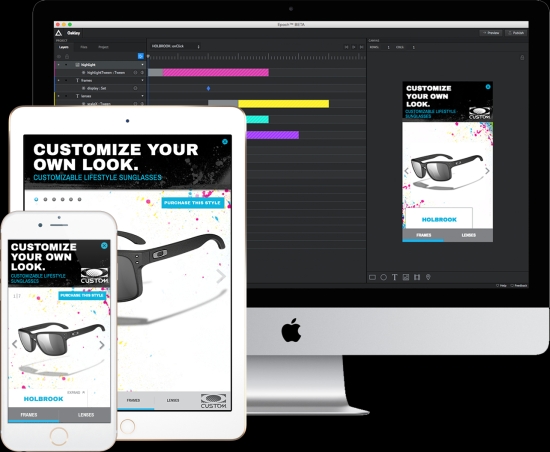 Epoch also comes with a first-of-its-kind Adobe Photoshop extension called LightSpeed, which offers users the ability to convert PSDs directly to an Epoch project, including assets, code and interactive functionality.

"It's important not to dwell upon the death of flash,” said Rob Cromer, Co-Founder & CEO of Adcade. “Instead we need to embrace its strengths and efficiencies. At Adcade we've spent over 3 years working to build a new generation of animation software that takes the best of flash while still innovating on the pain points that the creative community has expressed. Epoch is a blend of shared industry learnings, workflow familiarities and, most importantly, technological advances, and we are excited to let the world play with it."

“The weakness of most players in this space is that while their tech primarily benefits production, their compensation comes out of media in the form of additional ad serving costs,” began Matt Powell, Co-President of New York & Chief Information Officer at kbs+. “We love that Adcade has solved that problem – and has done so in a way that doesn’t change our workflow fundamentally.”

Thinking Of Buying An Oculus Quest 2? Here’s All You Need To Know
NESCAFÉ Just Made a Coffee Table Out of Coffee Grounds
The Supply Chains Crisis Is a CX Issue - Here’s What Brands and Agencies Need to Know
It's Time to Redefine the 'Account People'