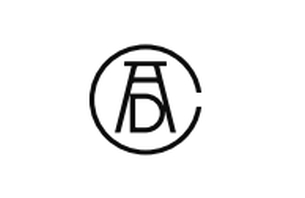 ADC, the first non-profit membership organization to celebrate and award the global creative community, has released its Young Guns 13 (YG13) jury lineup, and announced the continuation of its partnership with LEVINE/LEAVITT (LL Reps) through this current season.

The ADC Young Guns competition, which honors the vanguard of talented creative professionals age 30 and under, has enjoyed a successful partnership throughout the past year with LEVINE/LEAVITT, an international artist management agency representing a select, diverse roster of outstanding photographers, illustrators, designers and directors. The partnership offers the personalized support of the agency to select Young Guns winners who LEVINE/LEAVITT chooses as “Artists in Residence.” This award provided a significant career boost to two ADC YG12 winners, Kelsey Dake and Katie Orlinsky, last year.

“The support that LEVINE/LEAVITT has and will continue to provide to select ADC Young Guns winners is a career-changing opportunity,” remarked ADC Executive Director Ignacio Oreamuno. “YG committee chair Nicole Jacek and ADC's Awards Director Jen Kuzler constructed a heavy-hitting jury roster this season, and I trust they will choose the kind of young talent that represents the Young Guns community well, and the caliber of creative that LEVINE/LEAVITT will be proud to represent,” Oreamuno continued.

The selection process for the YG13 jury, who will choose the winners from which LEVINE/LEAVITT will award the “Artist in Residence” honors this coming year, changed in response to industry feedback and concern around the diversity of the winners. While past juries were comprised exclusively of past Young Guns winners, this year’s jury includes judges from outside of the Young Guns community to diversify the perspective in the jury room. You can view the full jury lineup here.

Currently in the midst of its late fee ($25) period, ADC Young Guns is still accepting entries toward the YG13 season through this Friday, April 10 at midnight EST.