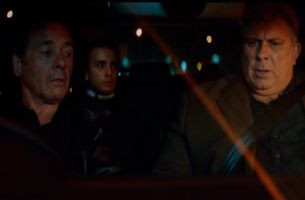 Volkswagen UK is launching a new campaign as it continues to promote its long-standing support of independent cinemas throughout the UK.

The first in the funny trio is ‘Mafia’, directed by Nick Gordon of Somesuch. ‘Mafia’ sees a gangster’s plans foiled by his Volkswagen’s remote journey planner, learning the hard way that his Volkswagen is “Not made for Hollywood. But happy to support independent cinemas.”

It’s a step on from the previous “Made for real life, not the movies” campaign, continuing the observation that Volkswagen cars are perfect for the needs of everyday life, rather than the make-believe world of Hollywood movies, due to the smart technology they’re equipped with.

Ben Priest, Founding Partner and Executive Creative Director at adam&eveDDB, comments: “Volkswagen’s continued support of independent cinema is a brief to die for. ‘Mafia’ is the first of three mini-movies we’ve made for them. I can’t wait for cinema goers to see the series.”

Glyn Butterworth, National Communications Manager at Volkswagen UK, explains: “To continue our long-running support for independent cinemas we asked adam&eveDDB to create a new set of cinema mini films. Like the last series, we wanted the car and our technology to be the hero of the ads, adding a level of humour and reality to these well-known Hollywood genres. We hope audiences enjoy them.”

The campaign launches online on Friday 15 September with ‘Mafia’, and will also be showing in independent cinemas around the country. The following films ‘Finding Yourself’ and ‘Alien’ will be released in the coming months.