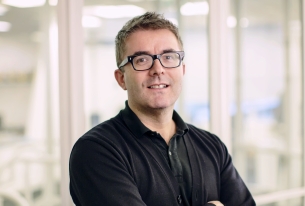 James Murphy, Founder and CEO, adam&eveDDB, has been named as the new chairman of the Advertising Association.  Murphy will succeed Cilla Snowball CBE, Group CEO and Group Chairman, AMV BBDO, who completes her three year term on 1 June 2015.

Snowball followed previous chairmen including Andrew McGuinness, Mark Lund, David Kershaw, James Best, Winston Fletcher CBE, Martin Boase and Jeremy Bullmore CBE.  Having spoken at the AA’s first LEAD event in 2012, she then led its first industry advisory group last year.  She has worked alongside two AA presidents in Gavin Patterson, Chief Executive, BT Group plc and Andy Duncan, CEO, Camelot UK Lotteries Limited, to push advertising up the business and political agenda – in particular through the Advertising Pays series – and has worked closely with the AA on body image and diversity, and its engagement with the Government Equalities Office.

Murphy will work with Tim Lefroy, the AA’s chief executive and current president Andy Duncan, with a brief to grow support and engagement across UK agencies, brands and media, build the AA’s impact with politicians and opinion formers at a critical point in the electoral cycle, and develop the AA’s industry-facing work on advertising responsibility.  At LEAD 2013, he went head-to-head with Canon Giles Fraser in a debate on advertising and consumerism.

Andy Duncan said: “James takes on the role at a really challenging time – not least politically – but thanks to Cilla, he is being handed an organisation in fantastic shape to do the job.”

Cilla Snowball said: “We’re building appreciation of what advertising does for the economy, for business and for society.  Right across the sector, people are working responsibly and collaboratively with the AA and in James, we have exactly the right person to keep up the momentum and make us even stronger.”

James Murphy said: ““As fuel for the creative industries, a driver of Digital Britain and a catalyst in the wider economy, advertising’s case has never been stronger or more clear.  We have an opportunity to elevate our sector in the minds of policy-makers and I’m looking forward to helping the AA bring agencies, brands and media together to achieve that.”