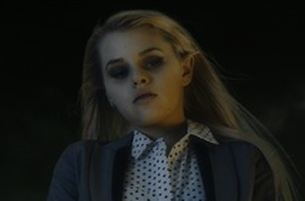 These unsettling spots from Red Bee , directed by long time collaborator Paul Gay, cast a sense of dread over the upcoming ‘Week of Revelations’ to mark the 30th Anniversary of the programme. Bottles open, gates slam and bells ring by themselves in a series of paranormal occurrences. The cast gathers under Lucy Beale’s spectral gaze in the closing frames, with her murderer to finally be revealed. Click here to view the spot

Shot by Philipp Blaubach on set at the Eastenders lot, these idents mark a dark and intriguing turn for the show, as noted by The Daily Mail and The Mirror, and are sure to entice a new demographic of viewers.

Adam Spivey uses the slow, unnerving zooms coupled with the characters’ horrified reaction shots to magnify the tension and the jarring, discordant score cannot help but make the viewer nervous.

In a community with so many secrets, who has the most sinister? Click here to watch the films in full.