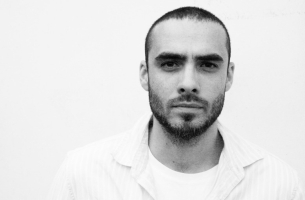 Another Film Company is happy to announce the signing of director Adam Mufti.

Adam’s work is extremely photographic, infinitely cool with an edge, he has a great eye for what just works, his sharp visuals are usually teamed with stunning music choices. He has a background in fashion photography having worked with fashion photographer Nick Knight.

After studying graphic design under Peter Saville, Adam was invited to join Showstudio at it's outset where he lead the programme of film content as Motion Image Director. In that time he worked closely with photographer Nick Knight and created moving image projects with Alexander McQueen, Brad Pitt, Björk and Grace Jones amongst many others.

Since then, Adam has directed films and installations for the worlds leading fashion and luxury brands. He was invited by the Victoria and Albert Museum, London to direct the restoration, editing and recontextualisation of Guy Bourdin's unseen film archive, the outcome of which was central to the Bourdin retrospective and its international tour. In the same role, a sister project to edit the unseen films of Erwin Blumenfeld was also undertaken. Adam's work has been featured at numerous festivals and exhibitions around the globe and in addition to his advertising work he has also directed a documentary for the BBC.

Adam lives in London and is represented by Another Film Company.