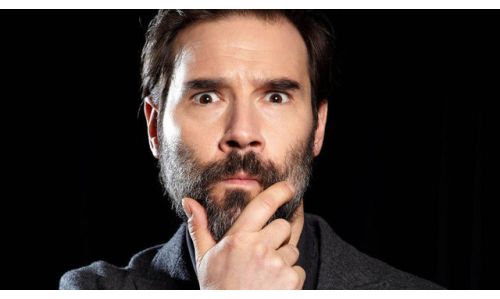 Adam Buxton makes a welcome return from his hiatus to host three XL Recordings BUG specials. The first was at the BFI Southbank last Thursday. The highly regarded independent record label is celebrating 25 years and and has worked with the most groundbreaking and innovative directors for it's diverse roster of artists such as Adele, The Prodigy, Radiohead, Dizzy Rascal, Gil Scott Heron, The Horrors and The XX.

Adam hosted a showcase of the most innovative and memorable videos from legendary directors such as Chris Cunningham, Garth Jennings, Michel Gondry and Tyler, The Creator. Also included was a Jack White montage including The Raconteurs video for I Just Don't Know What To Do With Myself directed by Sophia Coppola and featuring Kate Moss pole dancing.

Also joining Adam on stage was fellow Buxton, though no relation, one half of Basement Jaxx none other than Felix Buxton. While signed to XL they made some memorable videos for Red Alert and of course the very creepy Where's Your Head At showing the bandmates morph into singing monkeys directed by Swedish collective,Traktor.

The Watch XL intro was designed by Miland Suman with soundbed by Tim Stevens at The Auditory. The BUG XL Recordings specials are also showing in Glasgow 02 ABC on Thursday 26th June and Manchester RNCM Theatre on Friday 27th June.