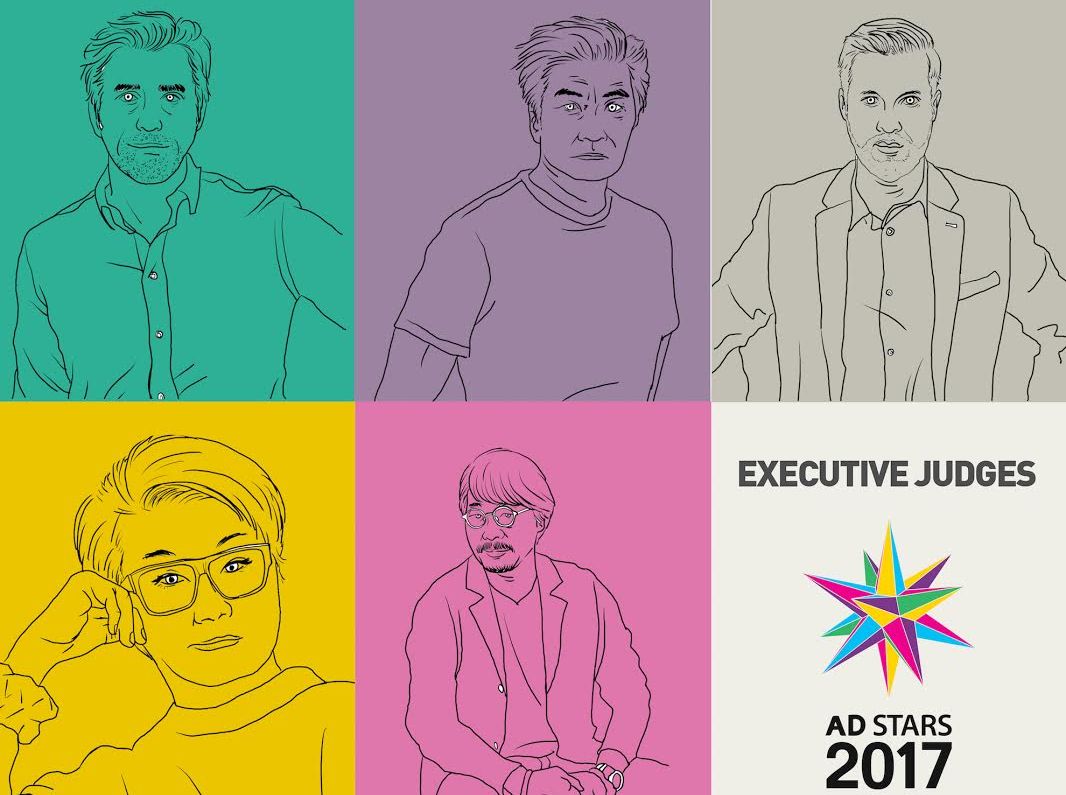 AD STARS has announced a spectacular line-up of guest speakers to commemorate its 10th anniversary, with some of the top creative powerhouses in North Asia represented at this year’s festival, which runs from 24th August to 26th August in Busan, South Korea.

The AD STARS 2017 program consists of six separate streams: AD STARS kicks off with a Special conference on 24th August, followed by the Creativity and AD TECH streams on 25th and 26th August.

Morihiro Harano, Creative Director and Founder of Mori Inc. in Tokyo, is presenting a session titled: ‘Do not make another shit for shit’. He says: “I would like to talk about the questions that we, as members of the creative industry, should be asking ourselves today to inspire better ideas.”

Val Link, Senior Business Development Manager at SXSW in Austin, Texas, says: “I was honoured to accept the invitation to speak at AD STARS 2017 – it's my first time to visit South Korea, though I've always thought that Asian markets are the centre of the world in terms of population and potential. With that in mind, I hope my perspective will help grow economic bridges in our increasingly global economy.”

His session, titled ‘The future of work as seen at SXSW’, will present data gathered from experienced recruiters that hire for tech, media and advertising companies. Attendees will learn how top recruiters think about the disruptive forces of automation and artificial intelligence in the workplace, so they can better equip themselves with the creative skills of tomorrow.

Matthew Willcox, Founding Partner of The Business of Choice, is presenting a session explaining how humans make decisions – and the implications for advertising and marketing professionals.

"I'm very much looking forward to attending AD STARS, where I'll share some insights from behavioural science and neuroscience into how and why people make the choices they do. As a strategist with a passion for understanding how people make choices and how to influence those choices, I hope attendees to my talk will learn how to align products and brands with the way humans make decisions," says Willcox.

Kazuhiro Shimura, Creative Director at Dentsu Inc. Japan says: “I will speak about expanding creative domains with the theme ‘Creativity for Business Innovation’. I think an agency’s creativity can contribute to various aspects of the clients’ business, not just advertising. I want listeners to get the sense that the work of agencies is becoming more and more interesting.”

Takeshi Takada, Founding Partner and Executive Producer of award-winning production company Alt.vfx in Australia is also returning to AD STARS as a speaker this year.

“AD STARS is an important event for us, and this year I’m excited to be able to share some of the insights and inspirations behind some of our award-winning, well-crafted and creative films. From 50-foot lava-spewing rock monsters and frightening, angry ogres to talking dogs and flying sports fans, we’ve worked with some of the world’s top creatives, collaborating together to realise the dreams of directors and visionaries from across the world. We’ll be sharing some of my experiences and stories in what should hopefully be an inspiring and fun session!” says Takada.

The theme of AD STARS 2017 is Creativity x Technology. The three-day program will explore how creative ideas are moving beyond technology to change the world, and kicks off with a keynote session presented by Young Jay Paik, Global Director of Google Korea.

Gábor Spielmann, Creative Director and Co-founder of Kabooom Advertising in Budapest, will present a lecture for this year’s New Stars.

“My speech will be about how I think they should look at the brief, manage the creative proccess, the timing, the execution. Also I will talk about the particular traps, which they should avoid,” says Spielmann.