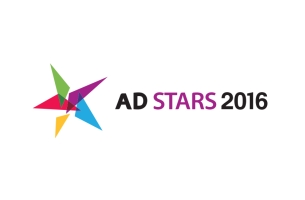 AD STARS has announced that the entry deadline for the 9th AD STARS Awards is Sunday 15th May 2016.

Based in Busan, South Korea, AD STARS is the biggest advertising festival in Asia by virtue of the fact that it is free to enter and open to everyone including advertising agencies and creative professionals, production companies, students and non-professionals.

Entries to AD STARS can be submitted online at any time of the year, however only those entries received prior to 15th May will be in the running to win Grand Prix, Gold, Silver or Bronze medals at the AD STARS Awards on 27th August 2016.

The AD STARS Awards will conclude the 9th AD STARS festival, a three-day festival that will run from 25th – 27th August 2016 at Haeundae Beach in Busan, South Korea.

“Entries to AD STARS have grown so quickly since 2008 that we are now proud to say AD STARS stands shoulder to shoulder with other advertising events of global renown. This year, we’re hoping to receive 20,000 entries from 70 countries,” says Eui Ja Lee, Co-chairperson of the AD STARS Executive Committee.

“One reason for our growth is that AD STARS doesn’t charge entry fees for almost all of its categories, which means agencies of any size can afford to enter their work. We even have categories for students and non-professionals, giving everyone with an interest in advertising the opportunity to win an AD STARS trophy.”

It’s free to enter the AD STARS Awards, although this year for the first time there is an entry fee attached to the Integrated category only.

Co-chairperson Hwan Jin Choi says: “By showcasing all award winners on our website, we hope to encourage more people to work in advertising, and to inspire people in the industry to continually improve their thinking. It’s all part of our belief that creativity can contribute to a better future for us all, which is a philosophy that sets AD STARS apart from other global festivals.”

The preliminary deadline for entries is Sunday 15th May 2016, followed by a final deadline of Tuesday 31th May. To enter the AD STARS 2016, click here.

Although AD STARS is based in Busan, South Korea, the festival welcomes entries from all creative professionals, students and non-professionals globally.