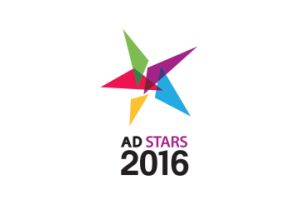 AD STARS has welcomed creative professionals from all over the world to the 9th annual AD STARS festival, which kicks off today in Busan, South Korea.

Over the next three days AD STARS 2016 will host a program of seminars, exhibitions, workshops and parties, culminating in an Awards Ceremony and Closing Gala this Saturday night, 27th August.

The theme of AD STARS 2016 is ‘Break’, and the program celebrates creative thinkers who are breaking new ground by taking risks and pushing the industry forward.

Eui-Ja Lee, Co-Chairperson of AD STARS’ Executive Committee, says: “We can confidently say that AD STARS has opened a new prospect in the field of global ad festivals. While only 3,105 pieces from 29 countries were entered in 2008, this year 18,063 entries from 61 countries were submitted. AD STARS will keep moving forward with our goal to discover new creative ideas all over the world.”

This year for the first time AD STARS is introducing ad:tech@AD STARS and Game Stars, expanding its territory to marketing technology and branded entertainment marketing.

Established in 2008, the festival’s overall slogan is: ‘Share Creative Solutions, Change the World’. AD STARS strives to create a level playing field: anyone can enter the AD STARS Awards free-of-charge in the spirit of openness and sharing.

Interactive exhibitions: With everything from VR cameras to a drone experience zone, the exhibitions at AD STARS are designed to satisfy all five senses.

ad:tech@AD STARS: This program brings digital marketing professionals from three countries together to share insights on the latest technology, innovations and marketing opportunities – it’s a must-see conference for digital creatives in Korea, China and Japan.

Opening Gala: Sponsored by Innocean Worldwide, tonight’s Opening Gala will be the first of three memorable evenings during AD STARS 2016.

Networking Party: On Friday night (26th August) delegates will have the chance to meet some of the world’s top creative leaders at a beachside venue in Busan.

Awards Ceremony & Closing Gala: With 1,680 finalists from 42 countries, the winners of the 2016 AD STARS Awards will be unveiled on Saturday night – with a celebratory gala party to follow.

From a beer that helps you save the entire planet, a cream that helps fight cancer, to shredded cash that will help you be good with money, one of New Zealand’s star creatives Wayne Pick will share some examples of brands with purpose.

A few months ago McCann Japan announced it had created the world’s first Creative Director robot. One of the leading brains behind the A.I. robot, “AI-CD ß”, Shun is presenting a session that explains the robot’s creation. He will even share the story of AI-CD ß’s first brief, when the robot was hired to create an actual creative campaign for client Mondelez.

All the way from Sweden comes Anders Larsson, who will talk about three emerging trends impacting how consumers engage with products and services. Topp is a leading design studio, which has worked with companies like Samsung, Google and Blackberry.

BBDO Guerrero was the first Philippine agency ever to be ranked among the world's top 50 agencies in the "Gunn Report”. It was also the most awarded Philippine agency at the 2014 Cannes Lion Festival and won the nation’s first ever CyberLion, which makes David a creative force to be reckoned with.