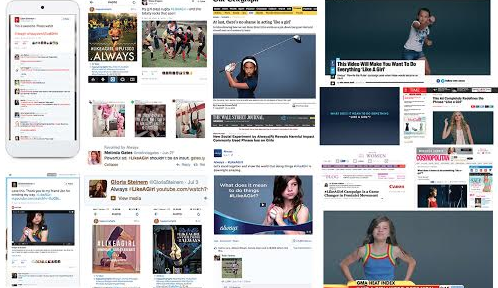 In the section of PSA, New Zealand Transport Agency’s “Mistakes” produced by Clemenger BBDO was chosen and P&G’s “Like a Girl” produced by Leo Burnett was ranked in the Product & Service section.

The topic in the global ad industry this year was “Beyond”, which accorded with the concept of Ad Stars 2015. Campaigns suggesting new alternatives beyond social prejudices or fixed ideas have been holding the spotlight. Accordingly, those ad works that appeared to have potential as creative solutions for the next generation were highly regarded in the festival this year.

“Mistakes”, which won Grand Prix of the Year in the PSA section, suggests that the accident is not only caused by the driver who cut in without a signal, but the other driver should also hold responsibility for not considering the counterpart in the least as he only sticks to his own speed. Beyond the public perception shifting responsibilities between perpetrators and victims, a switch of ideas that- everybody could be a victim or, at the same time, a perpetrator- has greatly influenced in creating social atmosphere concerning a sense of responsibility and advanced prevention.

“Like A Girl”, the prize-winning work in the Product and Service section, uses different characters to express words in action that are often perceived as insults in nuance in the American society. The ad brings up perceptional differences and took the initiative in changing feminine values. Both campaigns have received high scores in terms of their efforts in communication to change the world and to contribute to mankind. At the closing ceremony, which will be held on 22nd, plaques and cash prize of USD 10,000 will be awarded to these two campaigns.

In addition, Colenso BBDO was selected as Agency of the Year while BBDO and Hyundai Motor have won Network of the Year and Advertiser of the Year, respectively. Among 1,717 entries in the final round, 361 entries earned honors including 304 main prizes and 57 special prizes.