Ad Net Zero: The Advertising Industry Gets Real About the Climate Crisis 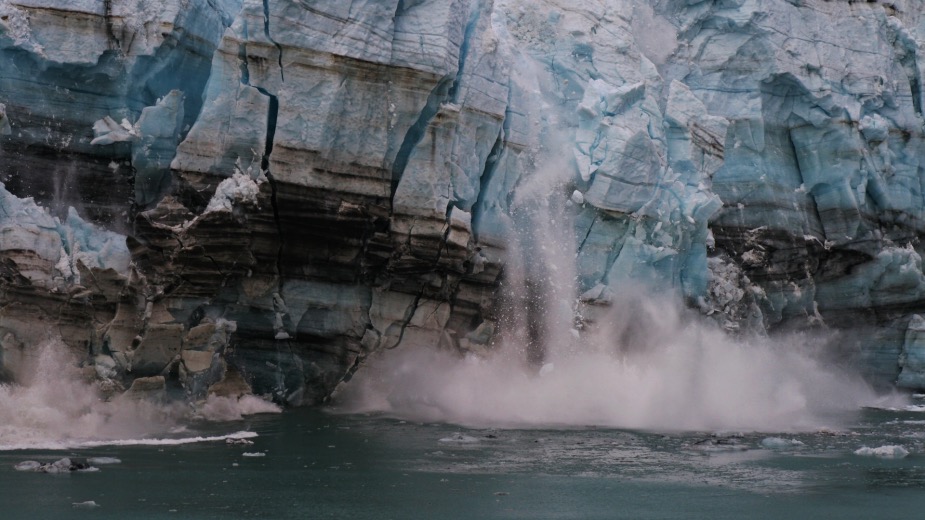 World leaders are gathering in Glasgow to hammer out agreements at Cop26, and this week advertising and marketing leaders from around the world are gathering virtually to figure out how the industry can play its part in preventing global warming and hitting carbon net zero goals.

Ad Net Zero, hosted and organised by the UK’s Advertising Association has been created as a forum to address the industry’s response to the climate crisis. Day one saw leaders share advice and respond to difficult questions - and participants did not hold back when it came to having high expectations for the industry, a desire for concrete action and to hold clients to account and a growing irritation with vague word games.

On the advertising and marketing industry’s own carbon footprint across its supply chain, WPP CEO Mark Read indicated that production would be the place to achieve rapid and measurable wins. He noted that while WPP’s Hogarth would typically travel to 1,500 locations a year on shoots, Covid-19 had put paid to carbon-heavy travel with 90% of shoots being carried out remotely. He also noted that inefficiencies in production meant that only 3% of footage shot ended up on screen. The recently-launched Ad Green carbon calculator and levy was something Mr Read said that WPP had thrown its weight behind. However, he said that media buy-in accounted for half of agencies’ supply chain carbon emissions but that it was currently incredibly difficult to quantify the carbon footprint of, say, an individual banner ad.

When it came to greenwashing, Mark Read shied away from any question that the holding company would ditch clients in hugely polluting industries like oil and gas. Instead he said that there were clients in such industries that were committed to moving from a high carbon to low carbon business model. It was, he said, the duty of the advertising industry to communicate what such clients are doing ‘carefully, accurately and fairly’, and to resist greenwashing. But he argued that clients that are making substantive change have a right to communicate what they are doing.

“At WPP, we want to work with clients who share our values, who we believe in genuinely engage on a transition and are committed to action,” said Mark Read, suggesting that the sincerity and substance of clients’ climate reformations were something that the holding company would have to ask tough questions about.

Speaking from a somewhat different perspective, Adam Vaughan, the chief reporter at New Scientist said that advertising did have a major role to play in terms of normalising behaviours and products that are more beneficial to the environment. However, he said that the more companies advertised their green credentials, the higher standards they would be held to.

“The disconnect between what advertisers are showing in their adverts and what they are doing as a business, if that gap is too big it’s going to be increasingly untenable,” he said, using automotive companies touting electric cars whilst selling petrol and diesel cars as an example. He took the major fossil fuel companies to task too. “They [customers] know that BP and Shell mostly sell oil and gas yet they never run tv adverts promoting their upstream oil and gas networks it’s always about wind farms which is 2 % or 3% of their businesses.”

In other tough conversations, speakers debated advertising’s dual roles as a driver of consumption versus a driver of positive behavioural change.

Hamish Nicklin, CEO of Dentsu UK said: “Of course it can be said that selling more stuff has always been the focus of the industry. It’s also true to say that advertising alone isn’t responsible for the emissions that consumption creates, in the same way that I guess that you can’t say financial services are responsible because they provide bank accounts and credit cards which pay for goods, or the logistics industry because they deliver stuff. But like almost every other industry, in some way or other, either directly or indirectly, we have to play a part and we have to be honest about that.

He argued that the storytelling and behaviour change skills at the heart of the industry would be a crucial tool in quelling the climate crisis. “Not just in our ability to sell but our ability to change the way that people think. If you think about it, every time a consumer goes to the till, they’re making a choice. And we can help them make better choices, which is why we’re targeting to reach a billion people to make more sustainable ones by 2030.”

Indeed, that was backed up by Debbie Klein, Group Chief Marketing, Corporate Affairs and People Officer at Sky. She referred to research that Sky had carried out that pointed to not only the role that advertising could play but also revealed useful insights into how the industry ought to approach such messaging.

“There is no way we can deliver on our collective net zero goal unless  we have a widespread shift in behaviour for millions of people,” said Debbie. She said that three out of four people actively support broadcasters including pro-environmental advice and insight into storelines and content. However, it must appear helpful, ‘normal’ and actionable.

“People don’t want to be lectured to; they don’t want scaremongering . They want normal, familiar storytelling. Children can be really key to getting that conversation going in the home. So I think advertising and content creators can make a real difference.”

The two day summit brings together production, agency, brand and media owner and the question of responsibility was one that cropped up in several sessions. Ronan Harris, VP and MD at Google UK and Ireland, was asked about Google’s role in the spread of misinformation about the climate crisis. He said that Google had been working with a ‘broad church’ of experts to ensure that their platforms were able to discern between the broad scientific consensus and misinformation. Further, he said that Google had been proactive in creating tools and resources for small businesses to tackle their own carbon footprint.

“We did some research recently on this, about where consumers place responsibility for this. What was really interesting is that they came back and held government, business and themselves equally responsible for making progress on this and making it faster,” he said.

With regard to brands and marketers, the World Federation of Advertisers CEO Stephen Loerke chaired a panel with Pepsico’s Ana Maria Henao and Mastercard’s Raja Rajamannar where they discussed the WFA’s initiative the Planet Pledge https://wfanet.org/leadership/planet-pledge, how brands could make substantive change and whether responsibility within businesses lay largely with chief marketing officers or across the whole organisation.

“I think we need to get off the platform where we say who is owning it and who is driving it. The key is that we are collectively coming together to make it happen or not and marketing is a huge part of it,” says Raja Rajamannar, who said that meaningful change was most likely to come from wholesale transformation of companies’ business models.

Photo by NOAA on Unsplash view more - Trends and Insight