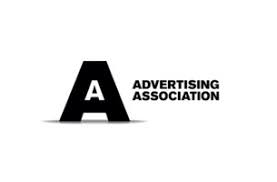 The Advertising Association, together with its members and industry partners across Europe, has developed an industry statement calling for a close relationship between the UK and the EU27 on data protection policy following Brexit.
Ahead of the European Council discussions on 22 and 23 March on the Brexit transitional period and in light of the 19 January Commission notice to stakeholders on the withdrawal of the UK and EU rules in the field data protection, we call on the European Commission to secure a new and positive relationship between the EU and UK following Brexit that will recognise the UK’s deep alignment with the EU on data protection policy. Central to this relationship should be an agreement for the Information Commissioner’s Office to continue to participate fully in the European Data Protection Board.
The UK will be in a unique position upon Brexit because the GDPR will be applicable in the UK from 25 May 2018. It will be a positive step forward to capitalise on this in order to ensure minimal disruption for consumers and businesses operating across EU borders.
Advertising and marketing are at the heart of the European economy and play a vital role in driving economic growth. Research shows that every €1 invested in advertising generates €7 to EU GDP, meaning that the €92 billion spent on advertising in 2014 is estimated to have contributed €643 billion to GDP, representing 4.6% of overall EU GDP.
The transfer and use of user data is an essential element in cross-border trade in every sector. European Commission figures show that the data economy was worth almost €300 billion in 2016 and has a projected value of €739 billion by 2020.
Striking such a deal would be vital for the European economy, and in particular for the thousands of businesses that thrive and rely on being able to exchange personal data freely across EU borders.
This statement is supported by the companies and industry associations represented below as well as their members, representing significant national markets across the EU.
The list of signatory organisations is as follows:
ACT: Association of Commercial Television in Europe
Advertising Information Group: Advertising Association, Wirtschaftskammer Österreich (Austria), Zentralverband der deutschen Werbewirtschaft (Germany)
AAC: Assocom – Associazione Aziende di Comunicazione (Italy)
AACC: L’Association des Agences-Conseil en Communication (France)
AER: Association of European Radios
APAP: Associação Portuguesa das Agências de Publicidade, Comunicação e Marketing (Portugal)
CFP Europe: Commercial Film Producers of Europe
DMA: Direct Marketing Association
Discovery Communications
EACA: European Association of Communications Agencies
EGTA: European Association of Television and Radio Sales Houses
EMMA: European Magazine Media Association
EPC: European Publishers Council
FEDMA: Federation of Direct and Interactive Marketing
Google
IAA: International Advertising Association
IAB UK: Internet Advertising Bureau UK
IDM: The Institute of Direct and Digital Marketing
IPA: The Institute of Practitioners in Advertising
IPM: The Institute of Promotional Marketing
ISBA – The Voice of British Advertisers
Kom!: Sveriges Kommunikationsbyråer (Sweden)
MRS: Market Research Society
Outsmart
PPA: Professional Publishers Association
SAR: Stowarzyszenie Komunikacji Marketingowej (Poland)
Unilever
view more - Trends and Insight