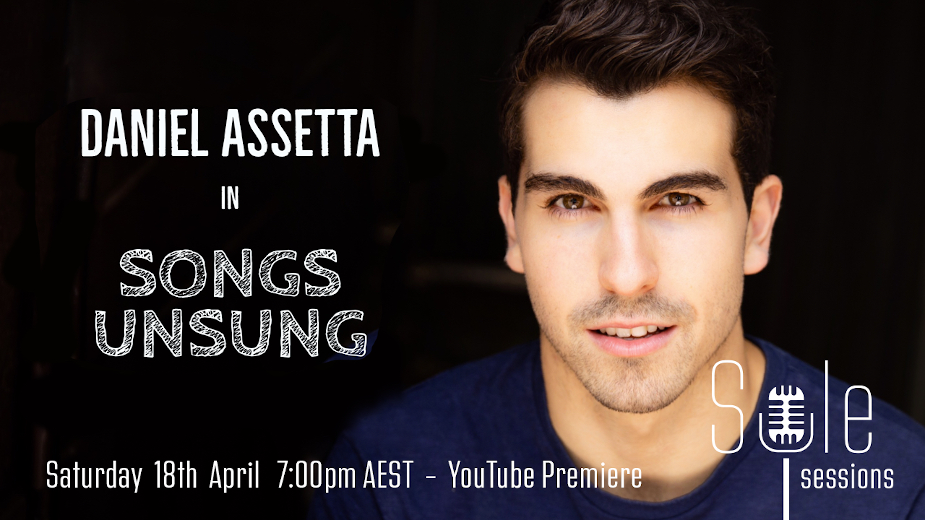 With audiences and artists in lockdown and shows cancelled everywhere, SOLE SESSIONS aims to ease the feeling of isolation by bringing Australian live entertainment into homes across the country. Developed by a collective of producers, including advertising agency The Hallway’s creative director Jeremy Willmott, it features performances recorded in isolation during the global Coronavirus pandemic.

The first SOLE SESSION will star Daniel Assetta in 'SONGS UNSUNG', which was originally to be performed at Sydney’s Claire’s Kitchen in May.

Daniel was performing the role of ‘Al’ in Amy Campbell’s new production of A Chorus Line at Darlinghurst Theatre Company, when the show was postponed on the day of its premiere in accordance with government restrictions on public gatherings. Daniel says: “My SOLE SESSIONS experience has allowed for a burst of fun and creativity at this very strange time for our arts community."

Daniel Assetta was the recipient of the prestigious Rob Guest Endowment Award in 2015 and has performed the roles of ‘Elder Young’ in 'The Book Of Mormon' and ‘The Rum Tum Tugger’ in the Australian/New Zealand tour of 'CATS'. He performed in the 10th Anniversary Australasian tour of 'Wicked' and, prior to being cast in 'A Chorus Line', he alternated the lead role of ‘Tony’ in the Australian and international production of 'West Side Story'.

In SONGS UNSUNG, Daniel will be sharing the tunes he’s hummed along to night after night backstage and belted out in the shower for no one. These are the melodies that have kept him company on the road and the songs that have comforted him in isolation. “In between the many hours of sitting around at home, it gave me the chance to work towards a little passion project of mine," Daniel added. Now, thanks to SOLE SESSIONS, he will have the chance to sing those songs that went unsung…by him. “It brings so much joy, knowing that theatre-goers will still get the chance to experience the magic of the arts, through this online platform,” he says. Daniel will be accompanied on piano by Nick Griffin, with lighting designed by Peter Rubie.

The premiere viewing party for Daniel Assetta’s SONGS UNSUNG will take place on Saturday 18th April 2020 from 7:00pm – 7:30pm AEST. Ticketholders will be sent a private link to join the viewing party and to make the evening even more special, Daniel will be online to chat with the audience. Tickets can be purchased by donation with no minimum amount set. Everyone is 'doing it tough' at the moment, especially in the arts, but every little helps. Therefore, people are asked to donate as much or as little as they can, and all money raised goes directly to the artists. 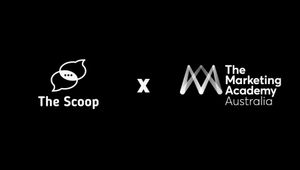 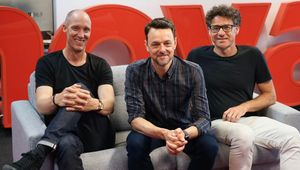 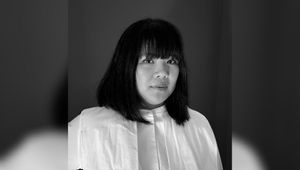 The Hallway Appoints Carla Hizon as Head of Account Management 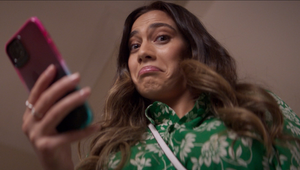 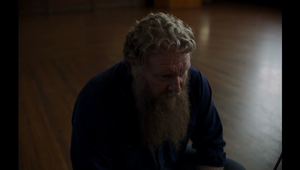 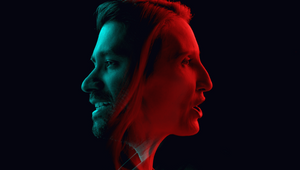