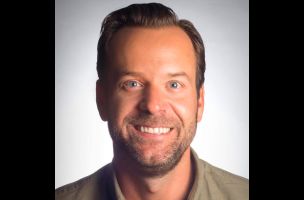 “We continue to add to our all-star e-sports leadership team. Pete is an entrepreneurial leader with a history of creating inspired content and developing new digital channels of distribution,” said Bobby Kotick, Chief Executive Officer of Activision Blizzard. “As we continue to build MLG into the premier e-sports network, Pete will further our mission celebrating the accomplishments of gamers worldwide.”

“Pete understands that whether it’s on a field, a console or a phone, players and fans want to experience community, camaraderie and excellence in competition. He’s a rare talent who will deliver great opportunities to our players and fans,” said MLG Chairman Steve Bornstein.

“I’m joining MLG because of the rare combination of massive digital scale and deep audience engagement around competitive gaming, and because there’s no better category of live streaming video content out there,” said Vlastelica. “It’s clear that video games are the future of sports – and if any company is positioned to capitalise on this global opportunity, it’s Activision Blizzard. I’m thrilled to join the team.”

At FOX Sports, Vlastelica led content, product development, social media and operations, with a focus on creating multi-platform content properties, including Emmy-award winning “Garbage Time with Katie Nolan.” Vlastelica was responsible for production and distribution of all Fox Sports content across digital platforms, including FOXSports.com, FOX Sports Go, and Yardbarker, one of the largest online sports networks, which he founded. Under Vlastelica’s leadership, the mobile app FOX Sports Go streamed Super Bowl XLVIII, at the time setting a new Internet streaming record for a sporting event. Previously, he managed business development at the Walt Disney Internet Group in London.