Trends and Insight 446 Add to collection

D&AD and Leo Burnett are smashing down social barriers with a new project, and you can get involved too 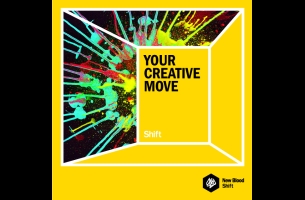 Advertising has a diversity problem. But while the industry is slowly waking up to the fact, as panel after panel attest, at the moment there’s a lot of talk and little action. Invisible barriers thrown up by nepotism, by box-ticking recruiters keyword-trawling LinkedIn and a sheer lack of opportunity, won’t disappear by themselves. And the diversity problem isn’t about discrete pockets of neglect – it’s a tangle of education, opportunity, ethnicity, gender, disability, poverty, unthinking bias and geography.

Enter New Blood Shift, an initiative from D&AD and Leo Burnett that aims to open the industry to young people who have not been to university and who don’t have any prior connections to the creative industries. It’s a free 12-week night school programme where up to 50 applicants will be taught and mentored by industry leaders.

According to D&AD Chairman Tim Lindsay, the aim is to turn talk into action and give agencies tangible, practical means to make changes. “While the conversation that’s happening around diversity is a very important one, we’re not seeing a huge amount of action,” he says. “We can see that agencies understand how important this issue is, but are struggling to know what they can do. D&AD are in a lucky position that our Foundation enables us to activate practical programmes, such as Shift, that the whole industry can benefit from.”

The seeds of the programme lie in ongoing conversations within the D&AD Foundation and visits to local colleges in East London that helped them pinpoint the precise barriers closing off the creative industries to vast swathes of society.

“One of the three main objectives of the D&AD Foundation is to promote diversity in the creative industries, so we’ve been having discussions and developing programmes that remove obstacles preventing people from flourishing for some time now. We’ve been working with some local colleges in Hackney, and it gave us a much clearer understanding of some of the key barriers - a) awareness of the roles available in the creative industries (art is still seen as a ‘hobbyist’ subject and young people aren’t aware that is can be a lucrative career) and b) the rising costs of university rules it out for a growing number of talented young people, immediately shutting doors.”

At the same time, across the Atlantic in Chicago, Leo Burnett was piloting its own initiative to find and tap local creative potential. The two organisations pooled their findings and experiences and so Shift was born.

“Diversity of all types is incredibly important for our industry to flourish and thrive. And creative diversity is up there in relevance and importance,” says Leo Burnett’s worldwide CCO (and chair of Publicis Groupe’s Creative Board) Mark Tutssel. “At Leo Burnett, we support creative talent, promote diversity and help teach future generations to be the best. D&AD has supported diversity with the New Blood Awards, New Blood Academy and The Foundation for many years. As a long-time partner and supporter of D&AD, we knew it was a natural fit when the idea for New Blood Shift arose, and we're proud to support this great effort.

“Leo Burnett is partnering with the D&AD on New Blood Shift, providing placements and resources as well as helping develop and evolve branding. But New Blood Shift has been built as an inclusive scheme, open to agencies who want to help build a more dynamic, diverse tomorrow.”

The importance of industry-wide initiatives like Shift is two-fold. Not only do they perform a social good, they’re going to be vital if the industry hopes to survive these turbulent and changing times, says Tim. “Nearly 92 per cent of occupations in the creative industries are made up of a more advantaged demographic. We need to realise that by constantly recruiting from the same pools and the same universities who frequently attract similar students, we’re going to get similar ideas and work produced. We need to shake up the system and take action to attract and recruit diverse talent. This will allow ‘us’ as the industry to better represent the people that we’re talking to, as well as challenge our creative ideas.”

For Mark, the long term vision for Shift is that it will go some way to reversing the current stale approach to recruitment and birth a ‘new creative generation’ that is more diverse, dynamic and relevant. “Research indicates that at the current rate of hiring, equality in the advertising industry will not be realised for 65 more years,” he says.

“We should strive to bring those different voices and solutions to the brands we represent. We are all citizens of the world and should make work to reflect our global culture.”

The call for entries is currently open (potential applicants can put themselves forward here) and the D&AD is busy working with youth centres and arts groups and even poets across London to spread the word. And Tim is keen for people throughout the industry to help spread the word with community organisations, schools and clubs in their local areas.

“There’s some incredibly creative and exciting stuff happening that we’re hoping to tap into,” says Tim. “This is a new audience for us – people tend to know about D&AD when they’re in the industry – so we know we need all the help we can get in spreading the word! Please do pass New Blood Shift on to anyone you know who might be interested, and shout about it on all your social channels. This programme is a real collaborative effort.”

But that’s not all. New Blood Shift needs agencies to get involved in order turn an idea into a true movement and so the doors are open to anyone who wants to lend their expertise.

“Do it! New Blood Shift will benefit the industry as much as the young people taking part. And we can only create real change if we put aside personal gain and work together. We’re looking for as many agencies as possible to pledge their support. We’re looking for the offer of paid placements, mentors, teachers and supporters to rally the cry amongst their agencies and networks.”

If you’re still on the fence, Mark has issued his own call-to-arms (just imagine him, Lord Kitchener-style, pointing a finger – your industry needs you!).