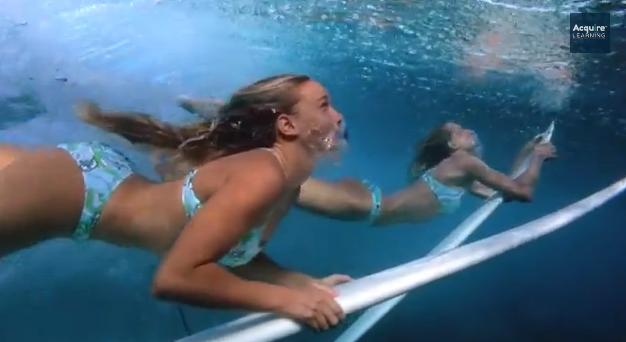 Education-to-employment leader Acquire Learning is upping the ante in its creative pitch to the market with the launch of a new film titled ‘Champions’.

The short film, slated for cinema and social media release, amplifies Acquire’s Reinvent Yourself message and aims to inspire job seekers, students and career changers to rise to the next level in their education and training leading to future career pathways.

Creative agency We Are Vanguard and production house C-KOL conceived the core theme of rising to greatness with the pitch that education is the ultimate game changer. The film was scored by composer Erin McKimm, overseen by Native Tongue Music Publishing.

Acquire Learning is the link between education and employment. Its aim is to place one million people into their dream careers and jobs by 2020 by helping students empower themselves through courses and qualifications; providing career champions to coach and mentor those candidates, and; ultimately matching them with partner employers.

“We wholeheartedly believe that education is the ultimate game changer to reinventing yourself. Our mission is to champion everyone’s true potential to become great at what they do and what they are capable of,” Vernon said.

“Everyone begins as equals. You’re not born a champion but you become one. We want all students, job seekers and career changers to believe in themselves and to believe ‘anything is possible’.

“We’re absolutely thrilled with the new brand film. It is a powerful, high impact message that will help strategically position Acquire Learning as the education-to-employment leader in Australia and internationally as we expand our global operations.”

The film is set for cinema release in April 2015.

Creative Agency: We Are Vanguard