Director to be represented in the US, Sweden and Amsterdam 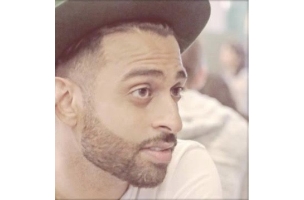 ACNE is pleased to welcome the amazingly talented Ehsan B to its directorial roster. A 2014 Cannes Young Director Award nominee, Ehsan combines an aspirational visual language with truly engaging filmmaking. His coveted ability to create slick and beautiful advertising imagery that resonates emotionally, makes Ehsan an invaluable resource for brands seeking to strike the perfect balance of art and commerce.

Ehsan’s work is context-driven; he matches each story with a perfectly tailored visual style, and finesses each detail to create worlds that are immersive, innovative and always fresh. His sure composition choices and meticulous eye for design has made Ehsan suited for shooting everything from fashion to automotive to product-oriented work to music videos. Regardless of logistics, Ehsan elevates everything he touches, and he finds creative solutions to raise the production value of each project to the most premium degree, as he is also used to being quick on his feet with a nimble crew.

“A great ad has the confidence not to dictate a message, but to demonstrate it; whether that is through the character, an emotion, the story or even if it’s just a mood,” Ehsan remarks. “I believe great advertising isn’t simply about selling products, but engaging audiences on a humanistic level - when adverts represent the zeitgeist through 30-second snapshots of our culture, tastes and aspirations.”

A highly sought-after talent, Ehsan ultimately chose ACNE to represent him in the US, Sweden and Amsterdam. He cites the inherently premium aesthetic and the forward-thinking vision of the brand as the drawing factor, saying, “I’m a creative problem-solver, and ACNE is completely 100% solutions-oriented, so it’s a match made in heaven.  ACNE has a really unique offering within a saturated market, and the resources and expertise to create in areas beyond simply commercial advertising,” he continues.

Born and bred in North London, Ehsan earned degrees in architecture and graphic design before jumping into directing. Alongside filmmaking, Ehsan began DJing at massive festivals throughout Europe while freelancing for agencies. During this time, Ehsan helmed a documentary for the BBC in Ethiopia, as well as several dramatic shorts, and built longstanding relationships with the fashion brands he was shooting for.

In 2009, he was approached to set up the new content arm of JN Group (now Studio Boulevard). After successfully broadening the global fashion production company’s offering beyond print into the moving image, Ehsan returned to his passion for filmmaking; now with a deeper set of references, values, and aesthetic on which to draw.

Ehsan’s first-ever commercial directing gig for luxury mobile phone brand Vertu led him to be nominated for the prestigious YDA at Cannes. He has since been commissioned by the likes of Louis Vuitton, Hugo Boss, River Island, Burberry, Dior (Wonderland magazine), Saint Laurent, Guerlain, and Samsung, and nominated for awards at the La Jolla Film Festival and by Vogue.com and Le Book for the NYFW Film Festival.

Ehsan B has already hit the ground running at ACNE, helming fresh spots for Jaguar, BMW and Nissan Leaf, and putting a quirky spin on an upcoming campaign project for European high street retailer Bonita.