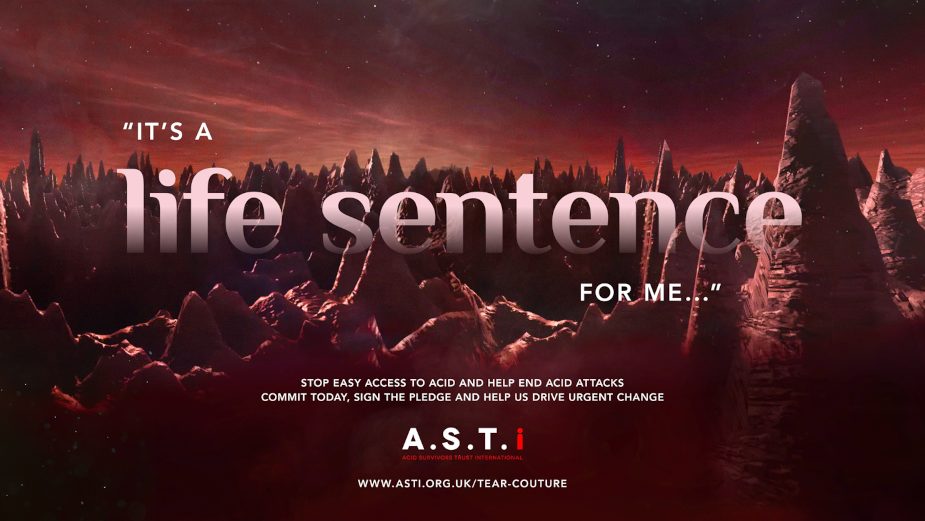 In a first-its-kind artistic collaboration titled ‘Tear Couture’, viewers are invited to walk through the tear of an acid survivor - an immersive landscape that has never been seen before. The installation was launched at an invitation only reception at St. James’ Palace in the presence of ASTi’s patron HRH The Princess Royal and including acid attack survivors.

The campaign idea was devised by creative agency McCann Health London, to mark a new report published by ASTi in partnership with Thomson Reuters Foundation. The comprehensive research report aims to inform and raise awareness of the obligations of corporations and how they can maintain the highest standards throughout the acid value chain.

The unique experiential installation was realised through the vision and artistry of professional photographer Maurice Mikkers, who collected the tears and photographed them through a microscope. Each person’s tears created a unique, crystallised pattern. The highly emotive panorama in the VR is enhanced by a poignant soundtrack composed exclusively for this film by Ivor Novello award-winning musician, Nitin Sawhney.

A one-off sculpture was imagined by digital modelling company FabPub, through holographic technology of a 3D model of an acid survivor’s tear.

Extending the idea to a virtual reality film - viewers journey through one microscopic teardrop of a survivor, which has been transformed into a VR landscape by Studio Rx, while listening to multiple survivors of acid attacks sharing their testimonies. A short film with a snapshot of the VR will be released by ASTi on its website and social on Wednesday, 23 March, 2022.

Jaf Shah, chief executive of ASTi says: “Anecdotal evidence suggests a correlation between legitimate business uses of acid and the incidence of acid attacks. Business has a key role to play in stopping acid attacks. I hope our new report and this creative campaign shines a light on the issues, and serves as an urgent call for partnership and action between ASTi and the business community.”

Guy Swimer, executive creative director of McCann Health, comments: “It’s been a privilege to partner with ASTi in bringing these survivor stories to life. With Tear Couture we used creative technology and immersive experiences to tell their powerful stories, highlighting a profoundly important issue, and hopefully driving some meaningful action.”

Dana Maiman, CEO of IPG Health adds: “This is a critically important collaboration across our agency group, partnering the creative vision of McCann Health London with the technical expertise of Studio Rx in New York to produce an original, highly imaginative and poignant installation. Launching in Women's History Month, we need this campaign to help shine a light on the vital issue of acid attacks, and the role of industry in helping to end them.”

Nitin Sawhney, composer, concludes: “I composed the music for ‘Tear Couture’, connecting to the feeling, ideas and images, in the same way as I would score a film. In my composition I feature a very special unique instrument called the Swarlin, played by Rajendra Singh who is the only musician in the world to play this instrument.  It was a privilege to compose for such an important cause”.

ASTi is calling for corporations to sign the Pledge, to help ASTi drive urgent change. 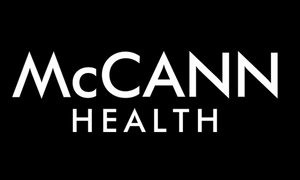 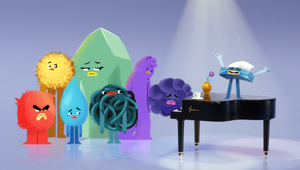 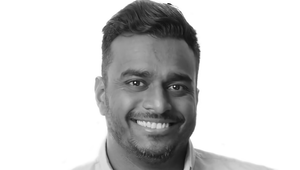 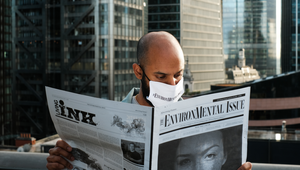