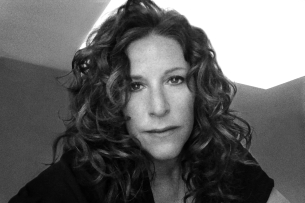 Editor Karen Kourtessis, whose diverse and expansive work has consistently garnered acclaim, has joined bicoastal Union. Her commercial projects have received Clios, Cannes Lions, and an EMMY nomination, among other honors. Recent projects edited by Kourtessis include ads for Android, Google and HelloFlo “Faking It” (aka “First Moon Party”), a two-time Webbie honoree and winner in the Comedy category at the 14th Annual AICE Awards, held last week.

“A couple of months ago, I finally met (Union editor/partner) Sloane Klevin, and thought, ‘Here’s someone who also takes on this crazy hard documentary work, helping to shape stories from absurd amounts of footage’,” mused Kourtessis. “The whole Union family and dynamic is in line with my own sensibilities, and the decision to join the company was a natural one.”

“I’ve been a huge fan of Karen’s since I saw a film she edited the second year of Sony Dreams,” Klevin recalled. “Intolerable,” directed by Alison Maclean, “blew my mind...it was beyond anything anyone else was doing in advertising. I didn’t know her but I decided I wanted to be like her. We’re so happy to have Karen here. She is a game-changer.”

Indeed, Kourtessis - whose commercial filmography includes notable work for clients and agencies like IKEA (Ogilvy), Olay (Saatchi) and Google (72andSunny) - continues to distinguish herself with powerfully effective storytelling - regardless of the genre. Written and Directed by Jamie McCelland and Pete Marquis, with whom Kourtessis worked on an earlier project for Gillette (BBDO), the 2:20 HelloFlo “Faked It” is the second in a hilarious series of spots and clearly the breakout, garnering more than 30 million views on YouTube.

"Karen's work speaks for itself and has for years," noted Union managing director/partner Michael Raimondi. "She is obviously an incredibly gifted editor but more importantly she fits perfectly into the Union family. Karen is a passionate storyteller who takes her work seriously while maintaining a sense of humor about it. That's who we are and want to be."

“Regardless of the genre, storytelling is at the heart of everything I do, and documentary-style filmmaking seems particularly prevalent these days,” Kourtessis observed. Judging by the awards and the views, Kourtessis’ work is on target, not surprising for an editor who began her career as a sharpshooter in the US Army. It was during her four years in the military that she shot and edited training films and news stories. After concluding her service, Kourtessis landed in NYC where some time later she was invited to be a Partner at Crew Cuts. She proudly held that position until early 2013, and was most recently at Beast. In addition to McCelland/Marquis and Maclean, Kourtessis has collaborated with directors Henry Lu, The Fines and Carol Denis, among others. Her work also includes music videos, award-winning shorts and documentaries.

“Karen is a very talented editor,” added Union executive producer/partner Caryn Maclean. “So much of this business is about relationships and personal connections. When we met, it was an instant connection and we started talking as if we knew each other for years. We’re so glad to have Karen at the company.”