'Accidentally On Purpose' with TBWA\Copenhagen 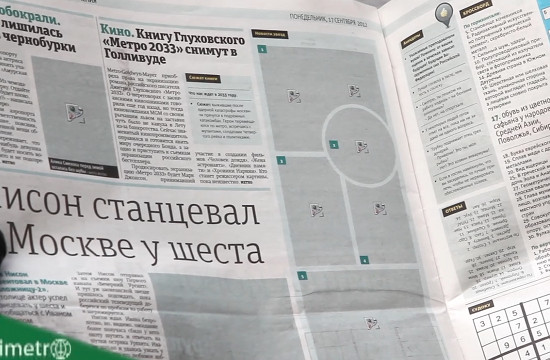 In November 2012, Metro readers were surprised to find their familiar (and favorite!) newspaper was completely without photos. Word quickly spread across social media that Metro had screwed up – a huge mistake.

But of course: This was no mistake. The ad agency TBWA Copenhagen had been tasked with developing a sticky campaign for the world’s biggest photo competition: Metro Photo Challenge. This “No Picture Edition” paid tribute to pictures by proving how much we miss them when they are not there.

This innovative campaign — together with a new platform and a fantastic photo expedition as a prize for the winners — proved highly successful as the Metro Photo Challenge 2012 received buzz on social media worldwide, which resulted in a 377% increase in participants, a 139% increase in visitors and 139% more photos. It was the sixth time the competition ran worldwide, and the results were better than ever before.