Directors join Academy and A+ roster 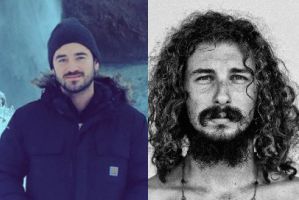 Academy has scored a double win with the additions of Michael Lawrence and Jack Driscoll to its roster.

Michael is a director and photographer with work stemming from a diversity of travelled interests, inspirations and life experiences. His films are visceral and immersive, with an emotional rawness and intimacy that challenges what is expected of advertising.

Lawrence has directed and photographed campaigns for some of the worlds leading brands - Nike, Reebok, Chevrolet, Nespresso, Powerade, ESPN, and Google - with some of the worlds best agencies - Wieden+Kennedy, Venables Bell, Sid Lee, 72andSunny, BBH, AKQA, Fred & Farid - while always attempting to make time for the obscure and interesting.

Michael’s films have garnered recognition at Cannes Lions, D&AD and many others. His photography has been featured in The NY Times, The Atlantic, Communication Arts, Fader, VICE, Pitchfork and Indie Magazine.

Jack is fast becoming one of the UK’s brightest young directors. His approach moulds beautiful imagery with a raw honesty and impactful narrative.