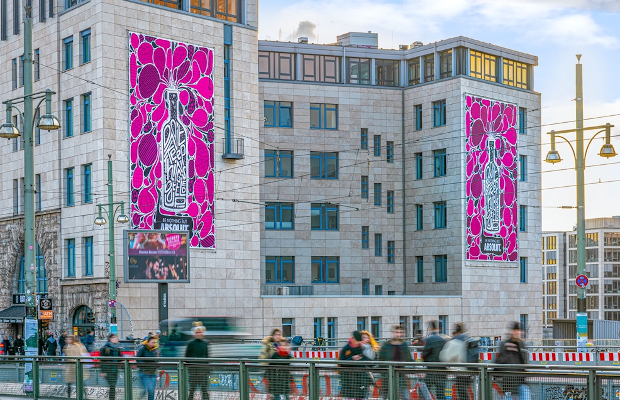 Absolut has announced that the winning artwork from the Absolut Creative Competition has been displayed at Warschauer Brücke in Berlin. In place from the beginning of March 2020 for a month, the artwork from Absolut’s latest creative collaborator and winning artist, Sarah Saroufim, was part of Absolut’s biggest art initiative in the history of the brand.

Sarah Saroufim from Lebanon was awarded €20,000 for winning the Absolut Creative Competition along with an OOH display, the location of which has now been revealed. Berlin, the capital city in Germany, is renowned for its cultural flair and is home to a thriving art scene encompassing hundreds of galleries and museums. Warschauer Brücke, where the artwork is featured, is a buzzing hub of bars, restaurants and creatives – a fitting spot for the Absolut Creative Competition winning artwork to be showcased.

Commenting on the OOH display in Berlin, Sarah said: “There couldn’t be a better location than Berlin to showcase my design. As an open and culturally diverse city, I’m sure the design will be understood and enjoyed. The design was inspired by the belief in ‘freedom of expression’ which I portrayed through speech bubbles on the artwork, representing all kinds of real-life problems that people face in society today. The idea is to encourage people to talk about their problems, rather than bottling them up.”

Absolut launched the global Absolut Creative Competition in 19 countries across the world in a mission to find the next bold creative voice of the brand, celebrate creativity and harness the power creatives have to envision a better tomorrow. 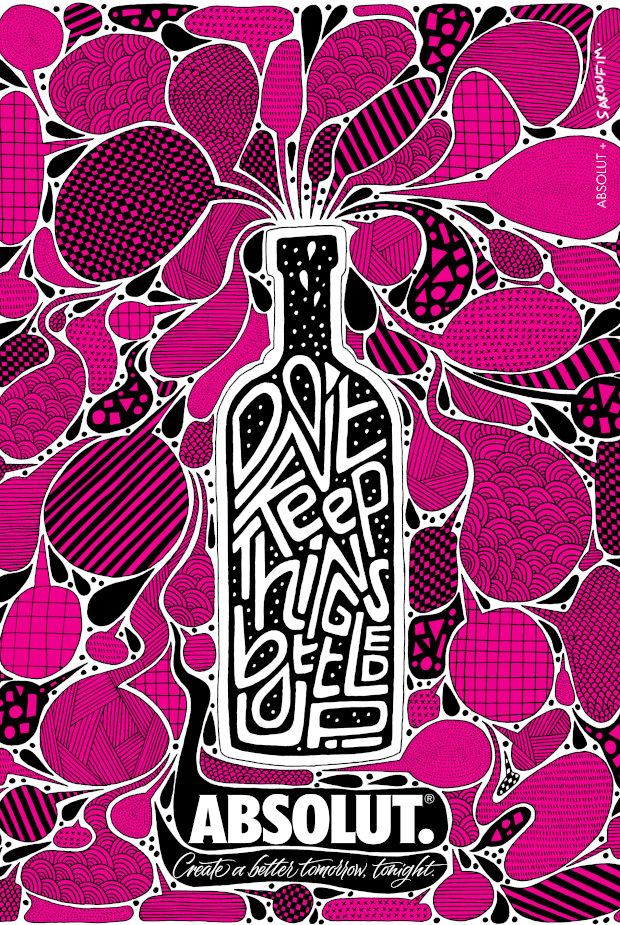 Over the last four decades, Absolut has worked with over 550 of the world’s boldest artists, resulting in over 800 art pieces being created. Now selected among local winners from 18 other countries around the globe, Sarah Saroufim will be following in the footsteps of iconic artists that Absolut has previously collaborated with, including Keith Haring, Romero Britto, Arman Armand and Maurizio Cattelan.

Sarah was carefully selected by a jury panel consisting of some of the world’s leading creative voices, including New York based artist, Mickalene Thomas, founding director of the London based Delfina Institute, Aaron Cezar, and Indian based, artist and curator, Bose Krishnamachari.

Tad Greenough, global brand creative director said: “We as a brand firmly believe that creativity is a driver for change. Absolut has a long-and-authentic history acting as a cultural provocateur. We’ve never shied away from the real issues, topics, and conversations for a more open-and-inclusive world. We were delighted to have seen so many varied entries across the competition, and such a stand-out winning message, that truly aligns to modern day culture. We’re hugely excited to see Sarah’s work displayed in Berlin for all to see.”