About THAT Pepsi Advert...

Trends and Insight 579 Add to collection 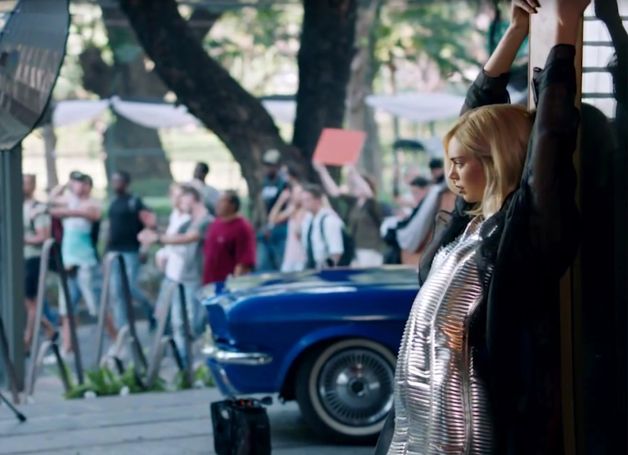 Pepsi are known for their large-scale production, global campaigns featuring high profile celebrities. Their newest commercial is no different, with Pepsi recruiting one of the biggest supermodels of the last couple of years, Kendall Jenner.

Jenner happily shared the clip of her latest feature on Twitter with a simple ‘Out now!’ before heading to bed, with no idea of what she’d be waking up to online…

The 2-minute-long commercial shows some sort of protest going on (no mention of what they’re actually protesting) with a large crowd of people bizarrely dressed in colour coordinated outfits. Kendall Jenner, multi-millionaire supermodel, just happens to be doing a photo shoot as the protest marches past and joins in, after spotting one particular handsome activist. She joins in the march (still don’t know what they’re marching for) and walks over to a suspiciously unarmed, un-shielded police officer and hands him a can of Pepsi. This simple act of generousness then seems to end the entire protest and therefore whatever issue they were protesting! The policeman gives a satisfied smirk to his fellow officer before the commercial ends.

Then the world collectively lost their shit.

Why the outrage? I think the biggest issue is timing. In America in particular there have been a lot of protests and marches happening for several different issues, the most prominent being the #BlackLivesMatter movement, which aims to end police brutality and lethal force against unarmed black people. It’s fairly obvious that Pepsi have tried to profit off of the pain and struggling of others, by jumping on the popularity of activism and protests in order to market themselves. They did all of this without actually drawing attention to any of the real issues that are going on in the US.

Another problem is the way the commercial seemed to suggest that Jenner’s act of handing a can of Pepsi to a police officer essentially ended the protest and formed some kind of reparative bond between the protesters and the police. This made it even more suggestive that they were trying to portray a BLM protest and hit a nerve for a lot of people. Jenner herself being the commercial’s lead star was an issue due to the fact that she is extremely privileged, wealthy and has barely even spoken about BLM or any other issues that people have been protesting, let-a-lone marched herself.

Not everyone shared the same feelings, with a lot of people arguing that there are bigger problems in the world:

Of course, there are much more serious problems in the world but that doesn’t mean this advert is not a talking point. I find it difficult to comprehend that this commercial made it through several stages of the creative & advertising process with no one flagging that it may cause offence & a negative response. In any case, it has the world talking about the brand which can’t technically be a bad thing…can it? Maybe it was their plan all along. The question is whether brands have a social and moral responsibility to make sure that their content does not use inflammatory themes & visuals in order to capitalise on real life issues.

One thing which could have potentially salvaged this commercial was the music, which has the ability to change the whole narrative of a commercial. The beautiful track by Skip Marley tried to tell a story of peace and unity alongside the visuals but unfortunately was overlooked for the most part as the film was so emotionally charged.

Well it seems as though Pepsi heard the people and have pulled the commercial after less than 24 hours in the media. Seems like an astronomical waste of money and time on something that could have very easily been avoided.