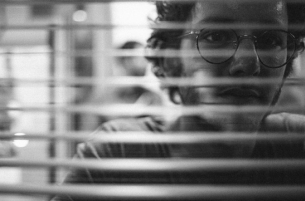 Able&Baker are excited to announce the addition of young French director Thibaut Grevet to their roster.

Thibaut’s background in graphic design and art direction before early work for RedBull and Vans provided the inevitable leap over to directing. His mini docs for RedBull’s series ‘Perspective’, which pulled back the curtain on legendary BMX influencers, provided an exciting glimpse at Thibaut’s raw aesthetic punch and honesty as a filmmaker.

Thibaut comments, "From a young age I used to shoot my friends skating and riding BMX bikes, making small ‘scene’ videos, but at the time I never realized that it might turn into something more."

"When I started my Website The Diggest (an online BMX video blog) 3 years ago, brands like Vans and Redbull really liked the concept and began asking me to create content. At the time, this type of blog was unique in France as it wasn’t about the hardest stuff being landed but instead it was about all the creative people and processes around these sports. The series I created for the blog called 'perspective' was really the project that made me realize - ok I want to do this and nothing else!".

Drawing on his inspirations, Thibaut comments, "There’s a David Lynch quote I read the other day which I thought totally nailed what excited me most about the way I want to approach my film-making: ‘Intuition is the key to everything, in painting, filmmaking, business - everything. I think you could have an intellectual ability, but if you can sharpen your intuition, which they say is emotion and intellect joining together, then a knowingness occurs’."

Since his early days as an official BMX and Surf filmmaker for Vans, Thibaut’s reel has expanded to include commercials, content, fashion films and longer documentaries, each broadening his image as an insightful and dynamic filmmaker who beautifully presents the heart of his subjects. Able&Baker are delighted to welcome him to the family and excited about developing his potential for the future.

Thibaut finishes, "I’m so stoked to be joining Able&Baker! I met Joe at last year’s UKMVAs, I quickly realized that we were excited by the same things and shared the same sense of how to approach film-making. The relationship with your producer is essential for me. We share a lot of common points of reference. For example both of us came into film-making through skateboarding. We both also have a true enthusiasm for using the documentary style and more generally we agree on what work we like (and what work we don’t!)

"I also wanted to be part of a small crew - something that’s closer to a family than just a big business and this is the case for Able & Baker. In addition all the directors are really talented and I’m excited to be working with my talented friend Remy Cayuela."