Abi Leland on Why Music Can Make or Break an Ad 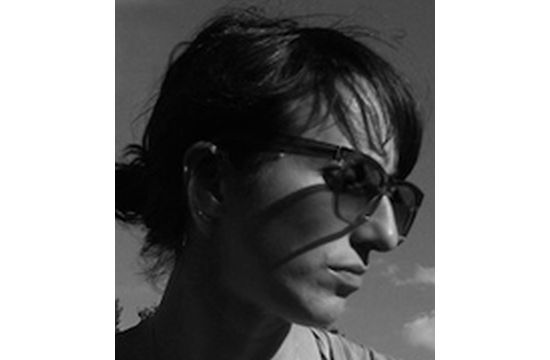 The Music+Sound Awards’ very own Nick Payne and Dan Neale talk to Abi Leland, owner of Leland music about her work as one of London's most respected and sought after music supervisors.

NP+DN> What was the first album you bought?

AL> I have a shockingly bad memory so I’m not sure. But I do remember one of the first albums I was given was the Best Of Blondie. Being an eighties kid I also grew up on a healthy dose of Madonna, Michael Jackson, and Prince.

NP+DN> Do you remember who the first mix tape you made was for and anything that was on it?

AL> Now you are really showing me up because I can’t remember that either. I do remember recording a lot of pirate radio jungle sessions and distributing tapes around to my friends – I am sure they were very grateful!

NP+DN> What would be your desert island disc?

AL> Just one? That would be just cruel. Nick Cave & The Bad Seeds “The Boatman’s Call”, I never tire of Beachhouse “Bloom”, and Pharcyde “Bizarre Ride II” to cheer me up.

NP+DN> What is the best gig you have ever been to?

AL> Nick Cave & The Bad Seeds at the Troxy in 2008 when I was pregnant with my son. I like to think it had a good influence on him.

NP+DN> What is your favourite movie soundtrack?

AL> I couldn’t possibly just pick one but for the sake of arguments, I am a big John Waters fan so I’ll say Hairspray (the original of course).

NP+DN> One of the most iconic uses of music for a brand in recent years has been the use of Elena Kats-Chernin’s ‘Eliza’s Aria’ on the Lloyds ‘For the Journey’ campaign. Can you tell us how you came up with the idea for this?

AL> I had discovered the song shortly before I was brought in to meet with the creatives and the animators when the campaign was in very early development. It’s the very first song I thought of and I gave it to the animators before they had even properly started work. Of course we then looked at many other pieces of music over the course of the production, but everyone did full circle back to Eliza’s Aria.

NP+DN> Was ‘Eliza’s Aria’ an instant hit with your clients or did you have to sell it in to them in anyway?

AL> Everyone reacted very well to it straight away, but we had time to explore other routes before having to make a final decision.

LBB> Can you tell us about the work you have done for John Lewis? How did the partnership start?

AL> I got to know the agency Adam & Eve soon after they had won the John Lewis account. I worked on their early campaigns, Always A Woman and A Tribute To Givers in 2010, we worked well together and I got good results for them so it continued from there.

NP+DN> Which of the re-versioned songs john lewis have used over the years is your favourite? and why?

AL> Probably Ellie Goulding’s version of Your Song. There were a couple of songs still being considered at the time but when we got Ellie’s demo in from the studio I knew it was job done.

NP+DN> How do you go about choosing a re-versioned song to use on a John Lewis campaign? Does the idea of using a particular song come first, then get re-recorded or are they existing cover versions that you find and submit to your client?

AL> We always look for the song first and then find the right artist to cover that song. All the tracks apart from the Taken By Trees cover have been arranged and recorded specifically for the commercial. It couldn’t work as well any other way.

NP+DN> How do you usually go about finding music for a project you are working on? Do you have tried and tested methods or are things a bit more random than that?

AL> I have various methods but none of them would get the right result if you don’t have good instinct. Sourcing music isn’t rocket science, but if you don’t have good instinct then you will struggle to get it right. You have to think about what will work and you also have to feel what works. Also I have music databases that I have been building up since I started music supervising in 1998, which are an invaluable source of research.

NP+DN> At what part in the process of creating a campaign do you like to be asked to get involved?

AL> As early on as possible. During development ideally, even if the main bulk of the work won’t happen until further down the line.

NP+DN> What are the most common problems you face when trying to choose music for a campaign?

AL> It’s always tricky if we haven’t been given a good enough idea of that brand’s identity and the message they want to convey with the campaign. It also can feel frustrating when there are different agendas going on between director, creatives, and brand.

NP+DN> Looking back, what do you remember as being one of the most iconic uses of music in an advertising campaign?

NP+DN> What do you feel are the most important attributes of great music in advertising? Can music really make or break an ad?

AL> Of course music can make or break an ad. I think it’s important for it to be effortless. As soon as it’s trying too hard then it’s just going to lack a bit of magic. When a piece of music works it should feel like no other piece of music could replace it.

NP+DN> You’ve worked on a few feature films as well as advertising campaigns including ‘The Last King of Scotland’ and ‘Touching the Void’. How does working on a feature differ from working on a commercial?

AL> They are different experiences but the creative process for me remains pretty much the same. I have only ever worked on independent films so I haven’t had to get involved in all the politics of the big film studios so it’s all about a close working relationship with the director. Commercials have a much more complicated dynamic – there are a lot more people involved so a lot more opinions to be considered.

NP+DN> Music supervision is slowly getting the recognition it deserves - what more could be done?

AL> If we concentrate on developing understanding for the role then recognition will naturally follow. I think the perception of a music supervisor needs to shift in the UK. We aren’t just facilitators, a good music supervisor actually helps to create and develop the music concept and then drive that concept forward. We get the best results when agencies, directors, and brands work with us in that way, and the job feels really satisfying. It would help if everyone in the music industry who works in this area would clearly define his or her role. If you aren’t actually a music supervisor don’t call yourself one! This doesn’t happen in the States and they have much less confusion and much more respect for each other’s positions.

NP+DN> Your record collection and hard drive of mp3s is being swallowed up by a fast rising flood - you have time to grab one of your more recent acquisitions - which would it be?

NP+DN> THANKS ABI, IT'S BEEN A PLEASURE TALKING TO YOU.

For more information about the Music+Sound Awards, please visit WWW.MASAWARDS.COM

The Music+Sound awards 2014 entries close on 30th November 2013 for entries on 8th October 2013. Please visit the website for details on how to enter your work.