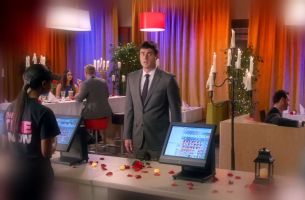 ABC’s The Bachelor teamed with brand partner, McDonald's, for both a custom spot and episode integration to cross-promote their brands. Brand Arc Los Angeles brokered the deal with ABC Integrated Marketing. Current Bachelor Ben Higgins stars in the 30-second ad highlighting McDonald's All Day Breakfast menu, and gets an assist from past cast from the series, Desiree Hartsock Siegfried, Chris Siegfried, Catherine Giudici Lowe, Sean Lowe, and Chris Soules.

On ABC’s hit primetime reality series The Bachelor, one lucky man is offered the chance to find true love. A single and eligible Bachelor embarks on a romantic journey, getting to know a number of beautiful women, gradually narrowing the field as he continues his search for his soul mate. At the end of this romantic voyage, if he has found the one, will there be a proposal — and will she say yes? Hosted by Chris Harrison, The Bachelor is produced by Next Entertainment in association with Warner Horizon Television.

video
ABC’s The Bachelor Teams With Brand Partner, McDonald's, For Both a Custom Spot and Episode Integration
view more - Creative