This new exposé, to run on digital and social channels, merrily builds on Hulu’s brand invitation to 'Come TV With Us' 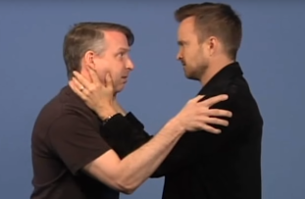 To kick off the new season of the hit Hulu Original, The Path, launching tonight, Hulu again wryly shines a light on an all too human behavior:  lying about watching certain TV shows just to seem in the know.  This time Hulu’s agency twofifteenmccann set up an experiment.

Some of LA’s finest, invited to audition for a role in The Path, were surprised with the opportunity to audition with none other than the show’s star, Aaron Paul.  One by one, they entered a room and were asked if they were familiar with the show’s plot.  Would they improvise a response even if clueless?

This new exposé, to run on digital and social channels, merrily builds on Hulu’s brand invitation to “Come TV With Us” and offers a simple alternative to being caught in a tangled web of lies: watch all the episodes of hit TV shows, premium originals and movies on Hulu.

Uprising: The Importance of a Challenge with Francisco Valenzuela