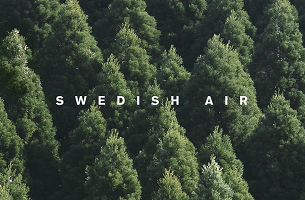 As Volvo continues to innovate in the luxury segment of the car market, it has identified one of the greatest commodities in the world today: clean air.

Volvo’s new XC90 boasts the cleanest engine performance in its class, with CO2 emissions of just 60 g/km. But Volvo is just as concerned about the air inside the car as the air outside. CleanZone air filtration manages the interior air quality of the cabin, promoting the health and wellbeing of the cars’ occupants. Drivers can breathe easier knowing most microscopic, hazardous “fine dust” particles will now be prevented from entering the vehicle.

As part of a series of films promoting the key product innovations of the upcoming XC90, the Swedish car manufacturer is launching its newest air filtration technology in a less than conventional way. Rather than labouring the technicalities of the remarkable clean air filtration unit in the upcoming XC90, it has taken a far more sensory approach.

Volvo is selling the virtues of Swedish Air itself.

In probably the most tranquil, quiet car commercial you will ever see, we are transported to the vast, unspoilt, open Swedish landscape that inspired Volvo’s technology.

“It’s as close to inhaling a lungful of Swedish Air as you can get without a plane ticket,” says Grey London Creative Director, Hollie Newton.

The combination of delicately-crafted sound design with beautifully composed landscape photography takes the viewer on a visceral and cleansing journey through the windswept Scandinavian countryside. It also goes against traditional automotive advertising conventions by refusing to feature the car itself.

Playing out in cinemas, at tactical moments and online, Swedish Air will also run at car shows and launch experiences alongside a suite of other materials.

“Up to 45 per cent of the industrialised world’s population is now suffering from some form of allergy or hypersensitivity. Over ten per cent has asthma. At Volvo, our commitment to safety goes well beyond safety belts and air bags. It’s about making sure that every minute you and your family spend in a Volvo is as safe as it can possibly be. That includes breathing,” says Peter Mertens, Senior Vice President Research and Development, Volvo Cars.

To draw attention at car shows and dealerships, Volvo has even created a luxury ‘Swedish Air Inhaler’. A collaboration with New York-based glass studio OFF CENTRE, known for their experimental and unconventional approach to traditional glassblowing, the challenge was to develop a packaging concept for how ‘Swedish Air’ might be bottled as a consumable; a glass depiction of a deep breath of air. 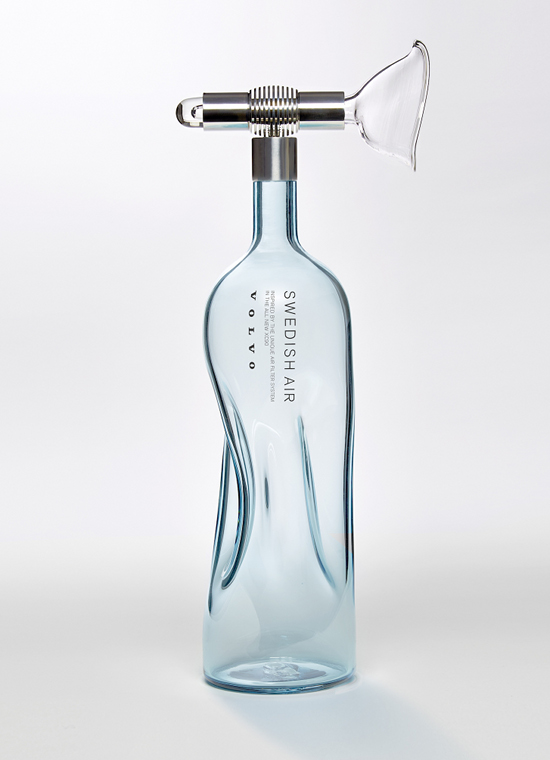