A Year in VR: Does 2017 Hold More Rapid Evolution for the Medium?

Opinion and Insight 956 Add to collection
Employees from POSSIBLE, Team One, MPC Creative and more ponder what the year ahead has in store for virtual reality 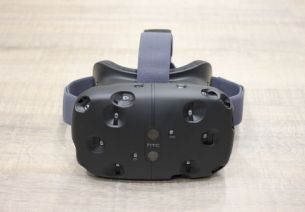 2016 saw virtual reality enter a phase of hyper evolution. The boundaries of technology and creativity were constantly pushed with each new project presenting wholly new challenges to be solved. New headsets, like PlayStation VR, also entered the marketplace and attempted to bring the technology to a wider audience. So what’s really changed in the world of VR over the past 12 months? Has it reached its potential? Is it entering the mainstream now? And what developments will we see in 2017?

2016 was an important year in VR, mostly because we saw the release of a range of accessible commercial devices: for the first time, consumers now have a choice of several platforms on which to experience VR, including Facebook's Oculus Rift, Sony's PlayStation VR, the HTC Vive, and Google Daydream. And, accordingly, VR was a substantial area of focus in industry and developer events, including Facebook F8, Google IO, E3 Sundance, and Comi Con. All of this bodes well for VR to gain traction in the media landscape: once there are established hardware platforms to develop for; established technical standards, tools, and processes; and content distribution systems in place — i.e., everything we saw advances in in 2016 — VR can begin to live up to its hype. But for this to happen, there needs to be a creative or social application of the hardware that captures the popular imagination more widely beyond the niche enthusiasts, evangelists, and early adopters who are driving much of the conversation today. While there were some fascinating VR experiences this year — including Google Earth in VR; Tiltbrush; Mr. Robot in VR; Oculus's NBA experience; and Facebook's amazing social demo, among others — the industry still awaits a blockbuster experience that does for VR what Pokemon Go did for mixed reality this year; this is something to look forward to in 2017 and 2018.

During 2016, we saw virtual reality finally start to tip into the mainstream. More than 1.3 million people subscribe to the YouTube 360 channel. And, let’s not forget about the Pokémon Go phenomena that happened earlier this year – with 500 million downloads and users in 100 countries, it became the highest-grossing app ever in the US. We even saw over 5 million people interact with the VR work we did with Lexus for ABC’s Quantico.

In 2017, we’ll continue to see the world of immersive reality be very experimental, but we’ll also start seeing defined paths for the different realities. Virtual reality will continue to be a force in the entertainment world, providing an immersive experience for consumers while augmented / mixed reality will focus on utility and real world computing applications.

In a quest for more believable and immersive content, we will see virtual reality and mixed reality experiences incorporate artificial intelligence into their worlds and core programming. We also expect to see more social connections created and leveraged as the large platforms link VR to their core businesses.

VR has reached fever pitch in the last year, but I have a feeling we've only just started and 2017 will see huge change. For me, the immersive quality of VR is most interesting so I think there will be a big emphasis on binaural and spatial audio capabilities. A convincing VR experience absolutely depends on authentic audio. Speaking as a passionate advocate for the power of audio, I couldn’t agree more with chief scientist at Oculus, Michael Abrash, when addressing the importance of sound in VR: “It’s not an addition - it’s a multiplier".

As VR and 360 video becomes increasingly prevalent in our day-to-day life, we need to ensure that the audio supports the immersive nature of the visuals. A wide range of tools have become available over the last 12 months that allow us to digitally mimic the way we hear binaurally. We could always try and record the source binaurally, but depending on the content of the film, that may not be logistically possible. So these ‘spatial audio’ tools allow us to get as close to the reality of sound as possible.

As an example, we have worked with several high-profile tech companies on big VR campaigns this year, one of which involved dinosaurs stomping around you. Obviously this would be a challenge to record, so we had to sound design from scratch, and then use the tools available to arrange the audio in the 'environment' in a way that would mimic how we would hear it if we were actually there. The ability to do this enhances the immersion significantly.

So, with major platforms such as YouTube 360 and Facebook now both supporting spatial audio, we're on the cusp of a real sound evolution that will take VR to new territory!

The last year has been an incredibly exciting time for VR. As a technology promise, it has lived in the public’s consciousness for decades, so it is amazing to have seen it actually materialise this year. Tech aficionados, gamers and gadget lovers have eagerly awaited the launch of new headsets and systems with a giddy thrill akin to what might be felt if Star Trek transporters were coming to market.

PS VR is the only VR headset on the market that has been specifically designed for gaming experiences. This may sound niche on the surface, but the fact that it is an easy plug-and-play, with the over 40 million PS4s already in people’s homes around the world, makes this the beginning of quite a mainstream push of the technology by PlayStation.

With people having such high expectations for what the experience will be like, there’s obviously been a natural and healthy level of scepticism. However, the technology has proved the worth of the wait, with game-changing (pun intended) realism that has transformed the players’ experience and set us on a trajectory to something potentially life-changing.

The potential for VR is staggering. The notion that we could be expanding our entertainment horizons, spending time with friends, conducting business, even sorting out life admin – no more queues in the doctor’s waiting room – through a headset is fairly mindblowing. PS VR has shown, from demos through to launch and beyond, that the technology is ready – and that this is just the beginning…

At a digital conference in March a senior media executive stood up and said VR wouldn’t be a part of mainstream media anytime soon, expense being the reason - and I could see his point. Playstation VR retails at £350 and Oculus Rift at approximately £560, so yes it’s a massive barrier. But there are alternatives available - Samsung Gear is sold for less than €100 and a Google Cardboard costs €10. And the experience (regardless of the medium) is, in my opinion, mind-blowing, so why hasn’t it exploded in 2016 like everyone predicted?

Firstly, there is a huge education job to be done and it requires active participation, which can be tough to execute. Secondly, brands and agencies alike need to be braver in creating VR content. Gamers are crying out for quality games to compliment the sexy consoles that are on the market. And while 360 viewing is astonishing, we’re not seeing enough quality content being produced. We’re caught in a time where people are nervous about participating until they know VR is the real deal, whereas we need people to participate to prove VR is just that.

Samsung is a great example of a company using VR and with the introduction of their 360 degree camera this year they’re not only producing excellent content but want everyone to be a part of it too. 2016 wasn’t quite the year in VR we were hoping for, but with the likes of Sony and Samsung behind it, you know it’s here to stay. So why not bite the virtual bullet and get involved? Whether it’s creating or viewing, we should all give VR its time to shine in 2017.

The biggest shift I saw last year was the change in conversation with agencies and brands. It’s not ‘have you seen?’ any more, it’s ‘have you tried?’ and the more successful experiences people engage with, the more open brands become to this kind of content. It’s a creative snowball effect, and it challenges us to continually push our creative and technical limits. Our recent work creating the interactive VR experience for the John Lewis ‘Buster the Boxer’ Christmas campaign is a good example of an idea that wouldn’t have happened a year ago.

It helped make VR accessible to the general public, offering an experience that was innovative to many and that could be shared with friends across social, spreading the conversation much further. Social VR is something I think we’ll see much more of in 2017, with investment from key stakeholders helping to bring it into the mainstream. We’ll also see VR grow much bigger outside the entertainment space, where it promises to play important roles in areas like healthcare, architecture, and travel. As that demand grows it should lead to more developments and improvements in the technology, more investment and ultimately more creativity which really excites us at MPC. 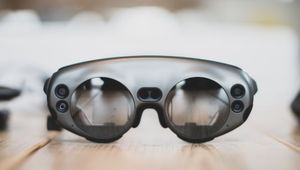 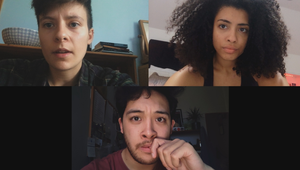 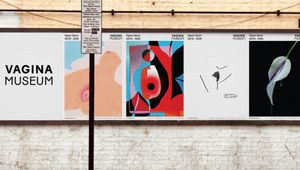 WAP: How Wonderfully Arty Pussies Are Challenging Stigma and Supporting the Vagina Museum 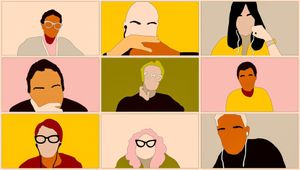 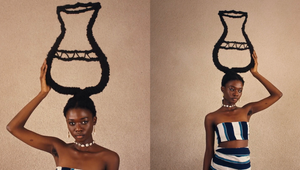 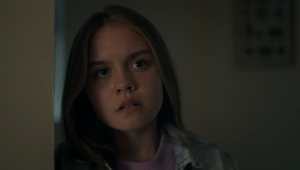 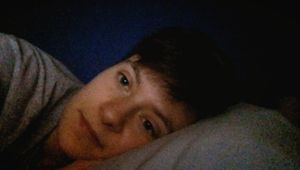 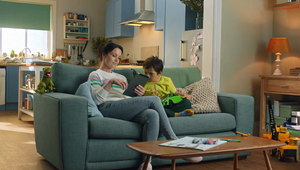