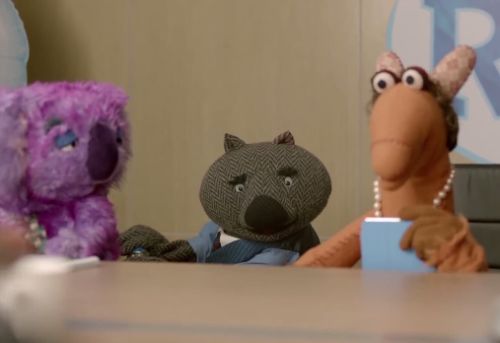 The puppets, created in conjunction with Jim Henson’s Creature Workshop, will star in a series of commercials where they provide a behind the scenes look into the goings on at Cool Ridge Headquarters – starting with the creation of the new Cool Ridge ‘slogan’.

Lending their voice talents to some of the characters are Melbourne hipster satirist, The Bedroom Philosopher and Adam Zwar, star of Australian comedy television series Wilfred.

Carlos Furnari, creative director of BMF Melbourne says “In advertising, we all like to think we’re the only ones who can come up with ideas, but Wombat and his ‘team’ prove that it’s really not that difficult. It’s a credit to Schweppes for putting their trust and marketing efforts in the hands of a bunch of puppets. Fair play.”

Bo Jakubenko, Brand Manager for Cool Ridge at Schweppes Australia said "There was an opportunity to break category moulds for marketing water in Australia, and that's exactly what we've done with the launch of the new Cool Ridge campaign. BMF and Dogboy have provided a fresh perspective on advertising what is traditionally viewed as a fairly mundane category."

Further commercials will air later this year in support of the new flavoured and lightly sparkling products. 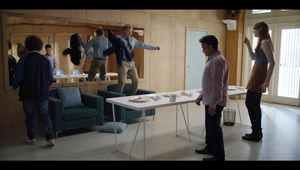