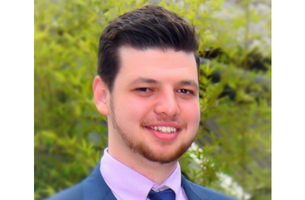 At the end of July, VCCP held their twice-yearly Ad School.

They run Ad School in order to give young people the most in-depth look at the ad industry that we can give them in a week. It's a jam-packed week of talks and mentoring, delivered by the best in the industry on the various departments and roles in an agency.

This time they asked four young people to document their week and will be publishing these stories over the course of the next few weeks.

Ever since I was young I always enjoyed creating. In year one at school I made a book and it was my pride and joy; it was even placed in my classroom’s library. I would continue to create stories, videos, games and songs throughout primary and high school, although I always gravitated towards film and creative writing, it is the reason why I chose both subjects at University. Even though I enjoyed film more, I continued to enjoy creating stories. At University my specialities were screenwriting (and story writing), film editing and film directing; a real plethora of roles. I never considered advertising as a future career path, I always expected film or TV to be the preferred route that I would take.

Outside of University I have had limited relevant hands-on work experience: a couple of runner jobs for short films during my second year.  A family friend introduced me to the VCCP Ad School and with my time at University coming to an end I saw this as an opportunity to expand my horizons. As my week with the Ad School progressed, I realised advertising would be a perfect way for me to tell stories in such a concentrated and impactful form.

I knew I would enjoy myself this week, but today opened my eyes so much into everything. It was exciting, it was productive, it was fun. The staff were exceptional and made us all feel so welcome and once we had met our groups, had a tour around and were introduced to the world of VCCP, it was game time. Time to answer a real brief set by O2, split into three groups we had to work on it throughout the week.

There was something about our group that made us work so well, I think it was the diversity of everyone, different backgrounds and viewpoints, each of us bringing something different to the table. We just got straight into it; maybe we got too deep into the creative side at times, but, we just kept coming up with ideas and could not stop. At the end of the first day I knew that tomorrow we would need to ground ourselves, figure out our campaign strategically, and then we would be one step better.

For some graduates you leave University and sometimes you can feel lost, you do not know what to do, where to go, it’s madness. Luckily, I’ve always had an idea of what I’ve wanted to do, however, today made it that bit easier. Today we looked at the majority of the different sectors, each providing specific jobs to a marketing campaign.

I gravitated most towards being a creative; it just seems to suit what I want to do the most. Yes, I’m like some people who want to do a bit of everything, and I’ve realised unless you are very experienced or freelance, that’s quite difficult to do in an office environment. Pete Bastiman (Associate Creative Director) explained the creative role brilliantly and made it sound so appealing. It’s where I could see myself if, and hopefully WHEN I get into the advertising industry.

During the last couple of days, we have asked so many people to look over our campaign and each of them have been so generous and helpful, we have been rather lucky.  The mentors are always happy to lend a helping hand, taking a bit out of their own time to come, listen and evaluate whatever is placed in front of them.

Today we finally got a steady effective idea for our campaign. It was a bit of a challenge as Pete, our assigned creative, looked over our original idea and didn’t feel we were exactly doing what we set out in our “Triangle of Truth” (a concept VCCP use to structure their campaigns) and felt we should take the same approach but in a different way.

We sketched out ideas and brought in extra elements, and with Pete’s and others ideas we had a stronger, more secure campaign. Being told to completely change anything creative can completely take it out of you, yet, I think all it did was motivate us to go one step further to do better.

I’m not an advertising or marketing student, and I know many others who work at VCCP have followed the same path and succeeded. I know I’ll need to put in more effort than others to pursue a career in advertising, especially when I’m aspiring to be a creative. Luckily today started with a session on what it takes to impress a potential employer. Over the last few days Pete, Rose Bartel (Business Director) and Sheriff Showobi  (Recruitment Manager) have helped me understand what I would need to do to help me get into the advertising industry. I know I will need to create several briefs and make myself stand out too; It’s going be tough, nevertheless it’s going to be fun.

Our pitch is nearly complete and today we pushed ourselves to the limits. We went 110% and it worked out so brilliantly and we are brimming with confidence. The final pitch is looking bright in our sights and with so much practice and preparation over the next 24 hours, I know we will all do well. We have this pitch completely nailed down!

Presenting the pitch today was, for sure, the toughest part. We saw everything come together at this point, the whole campaign. I took on the creative side of the pitch as it’s where I felt most confident and is where a lot of my input went. I think putting on a Sean Bean impression during the reading of the script for the TV AD absolutely gave my presenting a little something extra to entertain and entice the room.

We were told it took them longer to decide than they had previous years at Ad school as it was a difficult decision. After 30 minutes we learnt that we didn’t win; however, we know we weren’t far behind the winners. We soon came to realise that one of the main areas that we slipped up on was not going into more detail with the structure of our campaign. The feedback for the rest of our pitch was brilliant, however the lack of detailing the structure let us down.

To sum up this week in one simple phrase, it was ‘Eye Opening’. I made some great friends during the course of the week and even more contacts, which I will be keeping in touch with in the future.

This week has really helped me in understanding my next steps within the creative industry. I now know where I need to go, what I need to do, I’m excited, a little nervous, however, most importantly, I am so grateful for the staff at VCCP’s Ad School for giving me this opportunity and would recommend both the Ad School and them as a company, to anyone aspiring to get into advertising and even those who are not but looking for something new and inspiring to do.