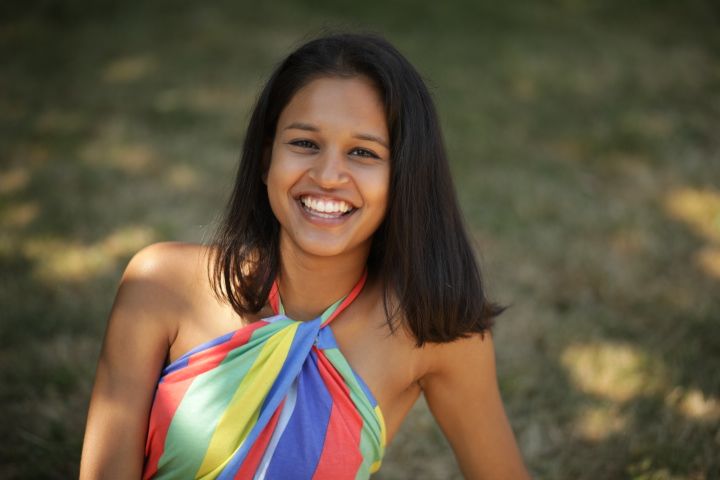 At the end of July, VCCP held their twice-yearly Ad School. The agency runs Ad School in order to give young people the most in-depth look at the ad industry that they can give them in a week. It's a jam-packed week of talks and mentoring, delivered by the best in the industry on the various departments and roles in an agency. This time they asked four young people to document their week and will be publishing these stories over the course of the next few weeks. First up is Asini Liyange...

I came to Ad School with the intention of discovering what the advertising industry entails by seeing it for myself. Up until now, my knowledge of the industry has been constricted to what I have seen from the outside. I have been attracted by the youthful, creative and fun appearance of the industry but I have never really known where I could fit in. That’s where Ad School came in.

Not knowing what to expect, I arrived at the beautiful VCCP building where me and the 16 other diverse individuals were divided into three groups and given the pitch for the campaign we would have to create for O2 by the end of the week.

This was followed by the first of a series of talks that would introduce us to the different roles present within the industry. It quickly became apparent just how vast the agency really is and it was extremely eye opening to see how many roles are involved in the creation of one campaign, the diversity was much greater than I expected.

As the day went on and free time opened up, our group began brainstorming ideas regarding the pitch set by O2. Our naïve excitement resulting from the creation of new and noteworthy ideas was quickly muted as we were made to realise it was necessary to decide a strategy before creating the ideas for execution. This was something that continued to shock me throughout the week as I discovered just how much research and strategy is required in the creation of a campaign.

All in all, day one had already been an informative start to what turned out to be an extremely insightful week.

Tuesday – the day I stumbled across the free drinks

This morning I was delighted to open a fridge and find that it was filled to the brim with drinks. Not only did this bring a smile to my face, it also made me realise the extent to which enjoying yourself is encouraged in the industry. With an ethos like that, who wouldn’t want to work in advertising?

The majority of today consisted of talks from members of VCCP. They made me realise one of the reasons why I have been so interested in advertising - it allows you to create ideas that will appear in the world for everyone to see. I also found out about the women’s group at VCCP, which was designed to create more opportunities within the industry. This was something that gave me some comfort as it meant there was more effort being made to make the industry more accessible to women like myself.

By the end of today, I was left with a significantly clearer perception of the different job roles within the industry.

Wednesday – the day I became friends with the security guard

Having spent three days in the agency, it struck me today how much of a friendly atmosphere permeates this industry - even the security guard radiates geniality and good humour. There is so much collaboration involved in the creation of a campaign that it seems you really can’t get by without it.

Today consisted mainly of group time with a few talks spotted in between. One thing that notably allowed for the evolution of our campaign was receiving constructive criticism from our mentors, creatives and planners. Their brutally honest constructive criticism helped us to learn where we were going wrong and to see things from a different perspective. It was as if every time they spoke to us, a new piece of the puzzle was put in place.

Thursday – the day I learnt the secrets to a successful interview

Today we had the most insightful and eye-opening talk yet on how to get a job in advertising. I always knew you have to show your creativity in some aspect of your application but I didn’t realise exactly to what extent you would have to do this. The emphasis on the tenacity it takes to get into the industry only make me realise how passionate I really am about it - instead of putting me off, it only made me want to work harder to get there.

The rest of the day was spent frazzling our brains as we finalised everything. Every new thing we learnt made me more certain I wanted to join this industry. Every new person that was recruited to help us only cemented this, their kindness and willingness to help left me baffled every time - why would I not want to work in an industry where there is such great camaraderie and everyone wants to strive for that 110%?

Friday – the day we learned how to present a successful pitch

The last day began with nervous excitement as we finalised the design of our presentation ready for the big reveal. As the day went on our nerves built up, the hour of lunch normally set aside for food passed with no mention of breaking, we pushed forwards like a train without breaks until 1pm finally dawned.

Two hours later and we had smoothly finished our presentation to the cheering and fist pumping of our proud mentors at the back of the room and a new round of anticipation began as we awaited the results. We congratulated the other teams on the creativity of their work until the judges walked back in, six prosecco bottles in hand. They announced Group 1 – our group – as the winners! All the hard work had finally paid off. It had been a combination of amazing synergies between the team members who each made their own unique contributions, combined with the advice put forward by our incredibly helpful mentors - Luke and Matilda - that really helped us cross that finish line.

The week was wrapped up perfectly with free food and drinks galore as well as a chance to talk to and thank everyone who had helped us through the week. For me, Ad School finished in the most memorable way possible: with laughter in my eyes and a spark in my chest.