A SXSW Guide from an Austin'er

Trends and Insight 488 Add to collection

"Spring break for adults": Proof Advertising’s Craig Mikes reckons you should pace yourself 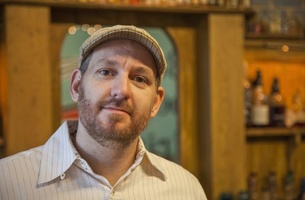 So you’re coming to Austin for SXSW. Congrats. You’re going to have a great time. You’ll hear some good music, meet some cool people and eat some great food. But as an Austinite, let me give you a few tips about some other things you can expect while you’re here.

We’re not as cool as you heard. We don’t wear skinny jeans. We don’t all have designer facial hair. We hardly ever wear Nudie Cohn designer western wear and don’t own any lime-green, lizard-skin cowboy boots. If you really must, you can probably find some at Heritage Boots on South Congress (or SoCo, if you want to sound really cool). We wear jeans, T-shirts and the occasional pearl-snap button-up.  So if you don’t want every other person to ask you where you’re from, don’t try too hard.

The weather is nuts in March. It could be 85 degrees. It could be 20. It could be both in the same day. The good thing is that we have Barton Springs, a spring-fed pool just outside of downtown that’s always 72 degrees, so you can cool off or warm up, depending on the day. Just dress in layers so you can manage our ever-changing weather.

We have self-glossed ourselves ‘The Live Music Capital of the World.’ And during SXSW, you will hear live music. Everywhere. Every bar. Every lobby. The airport terminal. Every vacant lot, field or parking lot turned tented venue will have a band on a stage, so bring some earplugs. I’m not saying the music is all bad, but you can only take so many Norwegian pyschedelic-goth-metal-love ballads while standing in line for a beer.

There will be more unofficial shows than actual SXSW events. You can’t escape it. You will not get in to see Coldplay or Prince or whoever the ultra-vogue, surprise guest will be this year. You won’t. The current fad for brands is to pad their Facebook page asking would-be-guests for ‘likes’ in exchange for a chance to maybe, possibly RSVP to get into the show said brand is sponsoring. It’s a gimmick. Save your likes for kittens. There’s even a new Facebook page that will RSVP you to all the unofficial shows. But face it, either you’re on the sponsor’s guest list or you aren’t, and you know that answer before you get on the plane to come here.

In case you weren’t aware, Austin is known for is trailer park eateries, and the latest fad in these cuisine trailers is boutique barbecue pits. We have BBQ everywhere. Even our Whole Foods has its own ‘Bowie BBQ.’ There are trailer park BBQ eateries, like JMueller BBQ and La Barbecue (run by J Mueller’s sister, who used to cook at Franklins). Oh right, then there’s Franklins. Two words: Good luck. There’s a three-hour line out the door on a Tuesday any other week of the year. People pay other people to wait in line for them. So trust me when I say, “You won’t get in.”  You can try. You can drive by for a smell. But settle for Stubbs, Stiles, Live Oak, Blue Ox or even the old standby, Iron Works (it’s closer to the convention centre anyway).  But if you really insist on having some great BBQ while in town, get a car and leave town. Head south to Lockhart to get the best BBQ in the state and avoid the lines.

Lastly, our traffic sucks. Our public transportation is awful. Parking is worse. Pedicabs are everywhere and are insane, law breaking clogs on public streets. And there are more of them every day. They work for tips but seem to always demand a minimum tip with maximum attitude.

This year Uber, Lyft and Sidecar are making their car-sharing debuts in Austin. The city council tried to keep them away, but unlike Lady Gaga, they are playing SXSW this year. There’s even a petition on change.org to make sure they don’t get kicked out. Signing petitions: Now that’s very Austin.

I’m not sure if Uber will be gypsy ride-sharing, third-party limos or the rumoured free luxury cars for attendees to enjoy, but most decent hotels have some sort of shuttle to the main convention centre to save you the trouble. Just be prepared to walk. A lot. Hopefully your feet aren’t swollen and blistered from breaking in those new lime-green boots.

In summary, SXSW is chaos. Brands and bands everywhere vying for your attention. There are charging stations, tweeting stations, and pop-up Wi-Fi stations, and last year there were even mobile Wi-Fi hotspots strapped to the backs of area homeless people. There’s a line to get into everything. There’s free booze everywhere. It’s basically spring break for adults. It’s the most parties, free booze and promiscuous sex you can have on an expense account.