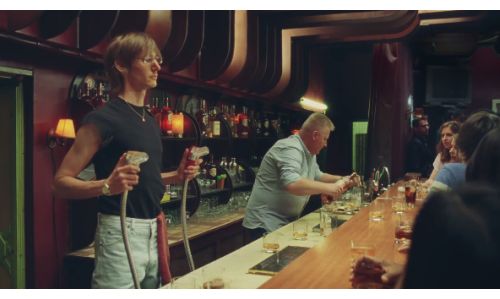 Southern Comfort's Whatever's Comfortable campaign champions the attitude it takes to be yourself, and celebrates those people who captivate us because of it.

Now, Wieden+Kennedy New York unleash the Young Gun. This is Stephen. He is an accomplished bartending journeyman. His self-described “Not Neat” style creates signature pours for Southern Comfort.

His motto to aspiring bartenders is also his email signature: “If you can’t be comfortable with yourself, how can you expect to make anyone else comfortable?”

Because Stephen believes in modern “open source bar shared practices” many of his more notable drinks have been cataloged.

Stephen recommends the "Cola. Not neat"  but would like to invite you to customize your own drink at the newly redesign southerncomfort.com.