Behind the Work 581 Add to collection 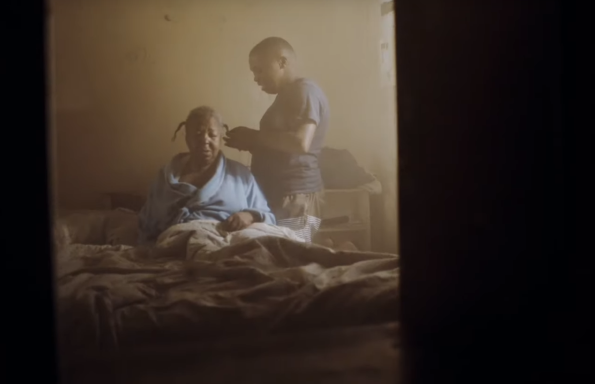 This year, Gillette has pushed to update and reframe the way it talks about men and masculinity. There was the controversial yet highly effective ‘We Believe’ hero film that marked the 30th anniversary of the brand’s ‘The Best a Man Can Get’ tagline. Grey Toronto created a sensitive spot about a young trans man and his first shave. Grey India shone the light on young girls challenging stereotypes by working in a barbershop.

The new film #GogoNozizwe, from Grey South Africa, certainly adds to the brand’s international efforts but it also brings a unique South African perspective to the conversation as well as exploring a gentle side of masculinity that is so tender that it hurts. The film was launched on August 9th, South Africa’s National Women’s Day.

Directed by Siphiwe 'SJ' Myeza-Mhlambi, the film follows Gogo Nozizwe, a woman who has raised her grandson Akhona by herself. It’s a true story – and it also reflects the truth for the majority of young people in the country. 64% of young people are raised with absent fathers – brought up by mothers and grandmothers. And 19.8% of children live with neither parent. Grandmothers are central figures in the lives of many children and, for young boys, it is often grannies that they turn to as they transition to manhood.

Curiously, the roots of the film precede Gillette’s current global efforts. Back in about 2017, the team at Grey South Africa were looking at a global ‘Ask Dad’ campaign and figuring out how to make it work in the local market. That’s when an art director stumbled on the statistic.

“One of the legacies of apartheid is that a lot of people have to go away to work in the cities, so a lot of the time it’s not that the child is abandoned but the parents are working far away. We don’t have terribly good state child support or any of those things, so the granny looks after the child in the rural areas and parents work,” explains Grey South Africa CCO Fran Luckin. “A lot of the time when you show the film, at least half the room says ‘oh my goodness that was my story'.”

In the early days, the creative team kicked about several permutations of the idea. Perhaps they’d have a grandmother reading spoken work poetry or they could try something complicated… but in the end they realised the key to the idea was to find a real story and simply tell it.

When the agency originally developed the idea on the basis of the insight, they approached the client with it. The timing wasn’t quite right and it was put on a back burner. However as Gillette prepared to launch a new product in South Africa for sensitive skin in 2019 and the global brand positioning was undergoing a huge shift, the local client and agency decided to revisit the idea.

“It was a bit of a perfect storm with the direction that the global brand was taking,” explains client services director Mark Lax. “We didn’t know about that before we started this process. It happened and it just came together, the fact that Gillette is taking more of a stance and commenting more on social issues that really matter as opposed to just pushing razors and the fact that we’re looking to launch a product for sensitive skin, that is for the reduction in bumps on African skin.”

This decision marked something of a departure too – most South African Gillette film content online and on TV is transcreated from global assets. This project was South African through-and-through.

Production company 7Films was brought on board, a team that the agency had an existing and deeply trusting creative relationship with. For director SJ, the project also had a personal significance – he had been brought up by his own grandmother. Because of that connection, he threw himself into the film, conducting extensive field research through church groups in order to find the perfect subjects for the documentary. As Fran explains, Nozizwe’s ‘magnificent presence’ and Akhona’s ‘gentle soul’ made them the perfect people.

SJ spent two days with the pair, getting them used to the camera and observing their daily interactions. As they let their guard down and brought SJ along to church with them, he began to tease out moments of surprising intimacy. The natural shot of the young man brushing and plaiting the hair of the woman who raised him, and doing so with care and love and gratitude, is a rare jewel.

Rare too is the absence of heavy-handed product placement. There’s a shot of Akhona shaving but Gillette branding and products are not featured within the film – and that’s thanks to a client who understood the importance of authenticity to the spot’s success.

According to Mark, it’s thanks to a sense of trust that went right through the project. From the trust in 7Films and SJ to send him off without a big set up to the faith shown by the client in the work.

“They [7Films] were very giving of their time to try and get these things off the ground. Because of that foundational relationship it made the process that much easier and when we were able to show it to the client that was passed on and the client was blown away by the work. That in turn gave them the bravery not to want to just punt product. We were just thrilled that we were able to sell it in and they really got behind it,” he says.

The final film is undeniably powerful – even Fran, who describes herself as ‘as hardened as anything’ describes melting into a puddle of tears after watching the edit for the first time. “I never cry!”

And it’s found an audience. Working with sister WPP agency Mediacom, they decided that the most effective route was to push the film heavily online and through social channels – reaching even President Cyril Ramaphosa, who mentioned it in his Women’s Day address. For context, National Women’s Day is a political commemoration, marking the day in 1956 when over 20,000 women of all races marched against the Population Registration Act.

Sadly, since the film was completed Nozizwe has passed away. But it’s a meaningful tribute to a grandmother and grandson, and one hopes a memory that Akhona will carry with him. And for the rest of the world it shows how brands can find a new way to talk about masculinity, one that’s positive, full of love and full of truth.