A Rainbow is For All the Year, Not Just For Pride

The Influencers 627 Add to collection

INFLUENCER: BBH London's Jacob Lovewell on the importance of brands being genuine in their support of Pride and the LGBT+ community 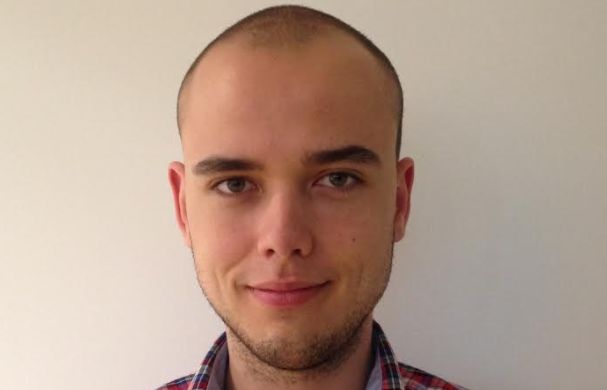 Be it a baulk to Brexit, triggered by Trump or a reaction to the Right, 2017 is very much the year that Pride seems to have really taken off. And in quite a big way: this year’s march was the largest ever attendance seen in the UK's biggest Pride march, with thousands of people donning their rainbow colours and sparkles to show solidarity with the LGBT+ community.

I’ve written before about the importance of Pride. Let’s not forget that 2017 marks the 50-year anniversary of the partial decriminalisation of homosexuality (partially because it was still illegal to have same sex relations in 2013, when the repeal went through. You read that right, 2013).

That’s why it’s marvellous to see throngs of people from across the country come together and rally for equality. To show that it’s okay to be LGBT+, to acknowledge the existence of gay, lesbian, bisexual and trans people. And 2017 is very much the year that brands joined in with this.

In London, Top Shop’s flagship store had rainbow pavement stickers shooting out onto the floor. Disney’s section of the march went on for days, whilst Costa Coffee and Starbuck’s store signs were turned into colourfully caffeinated banners of support. Everyone from Oreo to Dogs Trust, PwC and HSBC were all shouting their support of Pride.

Now this is where things can get a little tricky. I am generally okay with well-meaning brands jumping on the glitter filled bandwagon and joining in our march. Tweet your rainbows and change your logos, show us adverts with non-heterosexual cis models and sponsor our events. Brands take thousands of pounds off the event bill by sponsoring Pride, and they do bring the glamour (and freebies) that make it so much fun.

But when the glitter is in the gutter and the Pride weekend hangover has all but abated – please don’t ignore us and deny our existence.

Like a drunken one-night stand, it seems that many brands no longer want to acknowledge the LGBT+ community when Pride is over. After the loud and proud visits on sponsored Pride floats drive off, many of us are left stranded on the pavements of Soho and Canal Street and Hurst Street to wait another year until the major brands suddenly remember the pink pound.

This corporate ghosting is called ‘Pink Washing’ – when brands or organisations only remember the LGBT+ community when it is in their interest, throwing on a lazy rainbow brand and shrugging it off as soon as possible. And people are becoming more aware of it. London Pride this year was stormed by a group of Pride marchers with placards that colourfully (linguistically as well as visually) screamed a message of ‘Pride isn’t for brands, it’s for people’.

And when they marched past they were met with tremendous applause. And this leads us to the crux of the issue: it feels like some brands are simply joining in the marches and flying the rainbow flag for free advertising – without any genuine intent. And that is very wrong.

Earlier on in the year we saw Pepsi’s television advert which famously focused on a march. Which is perhaps why - out of fear - Coke was handing out drinks on neighbouring streets to the London march route. No CSR element, no comment of context. Just a free sample for thousands of people who were attending Pride. That, to me, is opportunistic. Just a lazy presence to reach an LGBT+ audience without genuine support and intent.

‘But surely every brand being present at Pride is opportunistic. Or as we call it here, marketing’, I hear you say. Yes, it’s marketing, but it feels wrong when brands do it without good intent.

Take Tesco, for instance. As well as decorating their vans and stores with a ‘bursting with pride’ message, LGBT+ colleagues in their award winning support network Out at Tesco were proudly marching on the day. As well as proving brand credentials to the LGBT+ community, this was also a very real demonstration of the physical support the brand is giving to their employee network.

The same goes for most of the brands that were present in the march – they were there because of their staff, in a very real show of solidarity between employer and LGBT+ employees, that thereby gives total permission to be in the march. In my mind, at least.

But what of the other brands that seem to have joined in the rainbow rollick of 2017? Those that feature LGBT+ people in their adverts, but perhaps didn’t attend a UK march? Do they have a right to join in the Pride ‘season’, like everyone jumps on the Halloween/Christmas/Easter/Black Friday bandwagon?

Again, only if done with genuine intent. Take Absolut, for instance. Launching in the week of London Pride, our film In Support of Equal Love does exactly what it says on the tin. Showing a cast of LGBT+ and straight models kissing, Absolut has total permission to join in with Pride because it has been a staunch supporter since the days of Stonewall. They have long flown the rainbow flag, and have a genuine commitment to the cause by financially supporting LGBT+ organisations. And when it was being made at BBH we involved our LGBT+ support network, BBH Proud, to ensure it was sincere.

But what about brands that don’t have a heritage of supporting LGBT+ causes? Again, it’s a case of having genuine intent, like Tesco. Launched earlier this year, our Food Love Stories campaign features a same sex couple with their semi-freddo delight. Released months before most brands seemed to remember that LGBT+ people exist, Tesco ran a campaign featuring a non-straight couple up and down the country. And it is still running.

For me – and I can only speak personally, and for myself – there seems to be one very simple rule of LGBT+/Pride involvement: be genuine. If you have an LGBT+ employee network that wants to get involved, join us. If you have a history of LGBT+ support, join us. If you’re supporting an LGBT+ cause financially or socially, join us. But above all, if you remember your LGBT+ customers and show us in your adverts even when it isn’t Pride, join us.

Because Pride may only be on for a few Summer weekends, but we’re here all year around.

Jacob Lovewell is a strategist at BBH and member of BBH Proud, IPA Diversity Champion, and a founding member of the Publicis Groupe Égalité UK