A Producer’s Guide to Colour Grading

Trends and Insight 470 Add to collection

Ben Rogers, Soho stalwart and head of colour at Gramercy Park Studios gives us the lowdown on what every producer needs to know about the dark art of colour grading 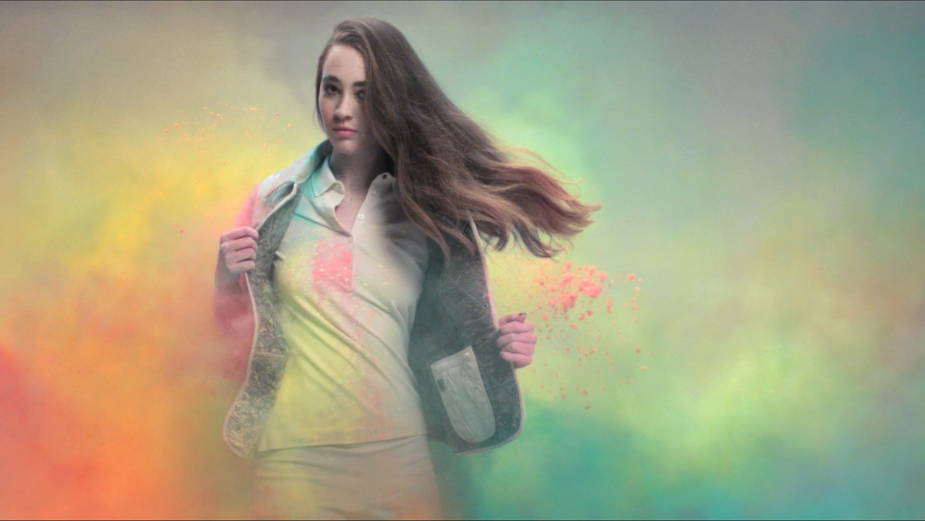 Colour grading is a key part of the post-production process, yet the essential practical and technical requirements of this discipline often get overshadowed by the creative mystique that surrounds it.

Following on from the post-production house’s Producer’s Guide to VFX Environments, this guide will take you through the craft of colour grading, how the technical and creative combine, and what every Producer needs to know before entering that darkened room….

What is colour grading?

Colour grading is a multi-faceted craft. On one level, its job is to create or enhance the look, feel, and tone of a film. On another level, it’s used to convey feeling and emotion to help tell a story. “The shoot’s wrapped. The editor’s constructed a narrative. And then it’s down to the colour grading team to use visual aesthetic to add to that narrative,” says Ben Rogers, head of colour at Gramercy Park Studios.

“In everything we do, colour is used as a kind of shorthand to stimulate an emotion and therefore some kind of response. The colour of our walls help us relax, red road signs urge us to stop, fluorescent emergency vehicles make us aware of their presence, multi-coloured religious festivals remind us to celebrate. And of course, this is the same in advertising and film,” Ben explains.

“It can be used, along with other things such as set design and lighting, to reinforce branding - for example, the red of Vodafone may well feature prominently in one of their commercials beyond the logo itself - to transport you to a period in time or a particular place (think 1960s Carnaby Street) or to leave the audience in no doubt of the genre of film they are watching such as a horror film with strong shadows and chilling blues.”

He continues: “With the director, DoP, creatives and (more indirectly) the client, we’ll agree upon a look - which is called ‘setting the grade’. That may be achieved through subtle changes or enhancements to the source material or, in some cases, extreme modifications. This is largely down to the brief, the environment, or narrative requirement as opposed to any on-set errors and applies to literally everything you see on screen – from talent and clothing to scenery, buildings and props. So it’s important to know exactly what you want your film to communicate and how you can use grade to help bring that out.”

What’s the most important thing that a producer can do prior to a grading session?

“Communicate.” Ben stresses that “it’s a cliché but it’s so important. It’s the mark of a good producer. From good communication comes a good grade. You can never communicate too much with your colourist or your post-producer.”

It’s also important to remember that colour grading doesn’t exist in isolation – it’s part of a long process, and that means in order to avoid issues creatively or technically and move on to the next step efficiently with minimum delays, everyone needs to be on the same page - ideally before the shoot. “From there, it’s important to have attendance at a session of key people. Depending on your budget and timings, sometimes that even means the client! With people reviewing work on so many different devices, there’s no substitute for seeing it on the monitors in a colour suite.”

“It’s really helpful to talk to the director and creatives as early as possible once we know a job is going to happen,” Ben comments. “There’s a good chance I will have worked with them before, but having initial discussions can really help build trust and ensure we’re on the same page at an early stage. Early references are often part of the director’s treatment, but as time moves on, that may well change. So a verbal brief is always a good starting point.”

“And then of course any visual references, stills, or moving image help with any look development. Getting background information on the project or a campaign as a whole also really helps point us in the right direction. So it’s a combination of aesthetic and tone.”

What technical aspects of colour grading should a producer be aware of?

As with all elements of post-production, colour grading is a marriage of tech and craft. “When you’re in a grading session, it’s a really collaborative and creative experience. But maintaining our workflow - what needs to happen in a technical sense both before and afterwards - is really important and why I, or any operator in this industry, can’t do without my post-producers, assistants and the wider support team,” explains Ben. “If any part of that workflow isn’t managed correctly, it could cause an immense amount of pain and delays, for us and for the client. It’s why our post-producers insist on as much information prior to the job. They’re not badgering people for the sake of it. There’s information we need beforehand that affects how we prep for a session, how we manage the job technically and creatively, and how we need to render and export files for our VFX department.”

Once all this information has been received, a colour grader can then work with their VFX department to figure out how to export the online. “It’s another cliché to say that every job is different – but it’s true. There’s never a one-size-fits-all solution (which is why we created a grade prep sheet for upcoming sessions) and so this isn’t stuff that should be left to the last minute,” Ben says. “Post-production is, and always will be, a very technical process. Producers definitely don’t need to know every detail of this, or get bogged down in colour data and science or LUTs, but they do need to understand that communication and information can prevent problems occurring and make for a really enjoyable project.”

What misconceptions are there about colour grading?

“Well, when it comes to colourists, we don’t all live in ivory towers! But to the process itself, colour grading can’t achieve the impossible. We can only work with the material and data we’re given. If something’s over-exposed, that data’s gone! There’s no substitute for getting everything right on the shoot,” warns Ben.

“And it’s not just adding an Instagram filter or using off-the-shelf LUT packages. We’re there to create a look that’s natural and custom to a particular project. I like to create all my own curves that really help a digital image feel more organic.”

What key piece of advice would you offer to a producer?

Ben points out that, “nobody in this industry knows everything but the worst thing you can do is pretend to know or avoid asking the question. If you’re unsure of something then don’t be afraid to ask your post-producer or colourist. I love problem solving and helping to get the most out of every project.”

Colour grading is there to enhance / create the look, feel and tone of a film.

Every job is different. Which means a different workflow for every project. Communication and preparation are key.

Don’t get bogged down on the technical details (use our grade prep sheet!) but make sure you clarify anything you’re not sure of.

It can be beneficial to have a client attending the grade if a delay in approvals is going to cause budget or timing issues at the online / VFX stage of your projects.

A good grade is the result of prep, time, communication and creative collaboration. It’s not about adding an Instagram-esque filter.