‘A present’s not a present till it’s wrapped’ 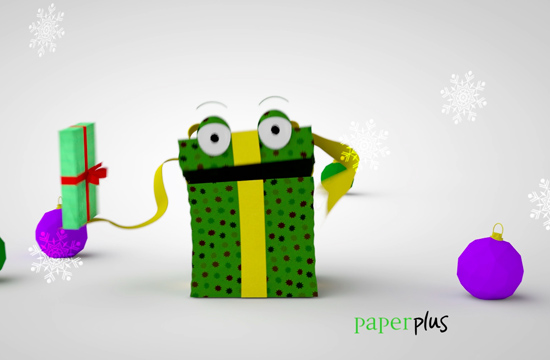 Last week, Paper Plus launches its latest retail campaign entitled, ‘A present’s not a present till it’s wrapped’, developed to challenge the traditional price-focused approach to advertising over the Christmas period.

The campaign creative employs a light-hearted, humorous approach to gift wrapping, encouraging Kiwis to put in a little more effort this Christmas, with help from Paper Plus.

Lyle Hastings, Group Marketing Manager for Paper Plus Group, says, “Christmas is a crucial sales period for Paper Plus, our biggest retail promotion of the year. A major challenge for our team during this time is how cluttered it has become across our competitive set.

“Our latest campaign is a new direction for Paper Plus and we believe it will stand out from the rest this holiday season. The team at DraftFCB have delivered a unique TVC and a creative expression of our brand. We’re thrilled with the finished product and we’re looking forward to seeing it on air.”

Launching with a 30-second TVC, viewers will be reminded that wrapping is too often neglected – a present without wrapping is just new stuff and lacks the Christmas magic. Wrapping adds the surprise element to gifts and brings a personal touch.

Kamran Kazalbash, General Manager Retail, at DraftFCB, further explains the retail landscape at Christmas time: “Christmas advertising is often about the savings you can make, focusing on discounts and gift ideas with a festive overlay.

“Not only is everyone shouting, they’re all shouting the same thing, and with this, some of the spirit of Christmas has been lost.

“We wanted to bring a bit of the fun back. We needed to have a hard-hitting retail  component but we wanted to be distinctive, to do it with a smile, and remind people of the emotional payback of giving presents, rather than just the dollars and cents, ” Kazalbash says.

The campaign went on air Wednesday November 6 and will run across a number of channels with both 30" and 15" durations.