A Nun, a Spy and an Elf Tell a Genre-Spanning Tale of Sexual Misconduct for Brooklyn Film Fest 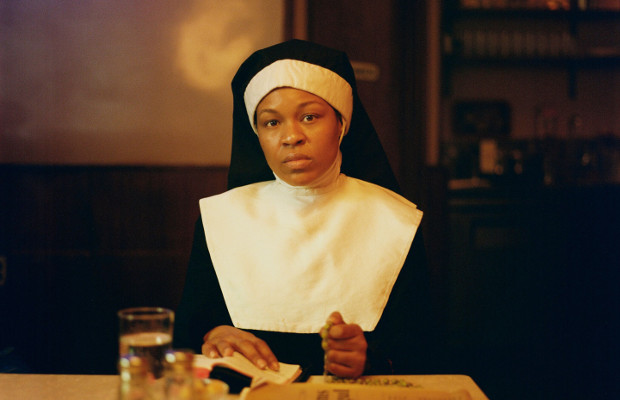 A new film has just debuted for the Brooklyn Film Festival to kick off the festival in New York starting today.
The organisers of the 2019 Brooklyn Film Festival (running until June 9th) wanted to go beyond Brooklyn this year to tell the stories that Hollywood won’t tell - with a short film inspired by real accounts of alleged sexual misconduct in the film industry.
Directed by Emily Elizabeth Thomas of Derby Content for Brooklyn Film Festival (BFF) and created in partnership with TBWA\Chiat\Day New York, "The Gathering" tells the stories of three Hollywood actresses who never got the part, depicted during a chance encounter that reveals their shared experiences. From the costumes to the voiceover, the subtleties and symbolism scream in a way that Hollywood - and the world - understands.
The film will be free for everybody to watch, regardless of location or ticket holder status, to remind us that every story matters, and to support those who are telling them. Shorter 30-second and 2-minute cuts of the film will also be screened before each BFF 2019 film program.
The website also has behind-the-scenes content that provides viewers more context as to why Brooklyn Film Festival made the film, talking more explicitly about the issues of sexual misconduct in Hollywood. This includes interviews with the directors, cast and crew.
This year’s mostly women-run Brooklyn Film Festival will feature the largest presence of female directors within a single festival edition to date - with women accounting for four out of six festival programmers.
Inspired by the acceleration of women’s movements, BFF’s 2019 theme-statement, "The Gathering" aims to empower filmmakers who are thinking and working in critical systems, outside of the box and against all odds.
view more - Creative

Cast: Caroline Hewitt as The Spy, Chanel Carroll as The Nun, Elizabeth Ward as The Elf Queen, Chelsea Watts as The Waitress