A New Weekly Music Mix with Rob from A-MNEMONIC

Trends and Insight 40 Add to collection

New tracks from Christine and the Queen, Seamus Haji, and La Felix 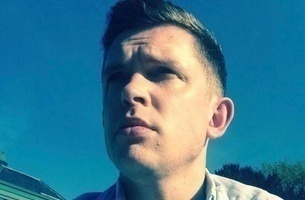 The first release of 2019 for label BIG LOVE, 'Give You Love' by DJ Seamus Haji is a disco-fuelled house track aimed purely for the club scene. A throwback to a bygone era of underground disco that came out of New York in the late '70s, with a mix of thunderous live bass, driving percussion, modulated analog synths and infectious high octane vocals. A definite for the playlist before heading out (or at the gym).

Circa Waves have shared their stomping new song 'Times Won't Change Me' - a stomping, soaring, piano laden slice of mischief. Frontman Kieran Shudall takes the starring role in the clip, and he describes it as a "big epic song..." He says: “There’s a thing with bands being scared of that big epic song, but on your third album, you can afford to be more open. The pop will not hurt you, it’ll set you free!” The band's third album ‘What’s It Like Over There?’ is due for release on 5th April.

English singer/songwriter Lucy Rose has released the beautiful, and simple lead track ‘Conversation’ – which will form a part of her forthcoming album ‘No Words Left’ due to be released 22nd March. On her new album, Lucy says: “Releasing this record feels entirely different to every other record I’ve released. But to try and sum up my emotions is virtually impossible,” Rose explains. “In every way I’ve approached writing, recording and now releasing music, it’s been different. I’ve lost all consciousness in caring and it’s been liberating. It is what it is. It’s a feeling, it’s a song, it’s a sound, it’s a part of me which I can’t decipher whether it’s good or bad, but it’s sincere.” Rose continues, “This album reflects the reality of my life, the toughness life throws at you, and for a period of time it did become too much for me to handle alone.” You can listen to my full weekly music mix here:

And the 'Best Music Score' is...
View all News